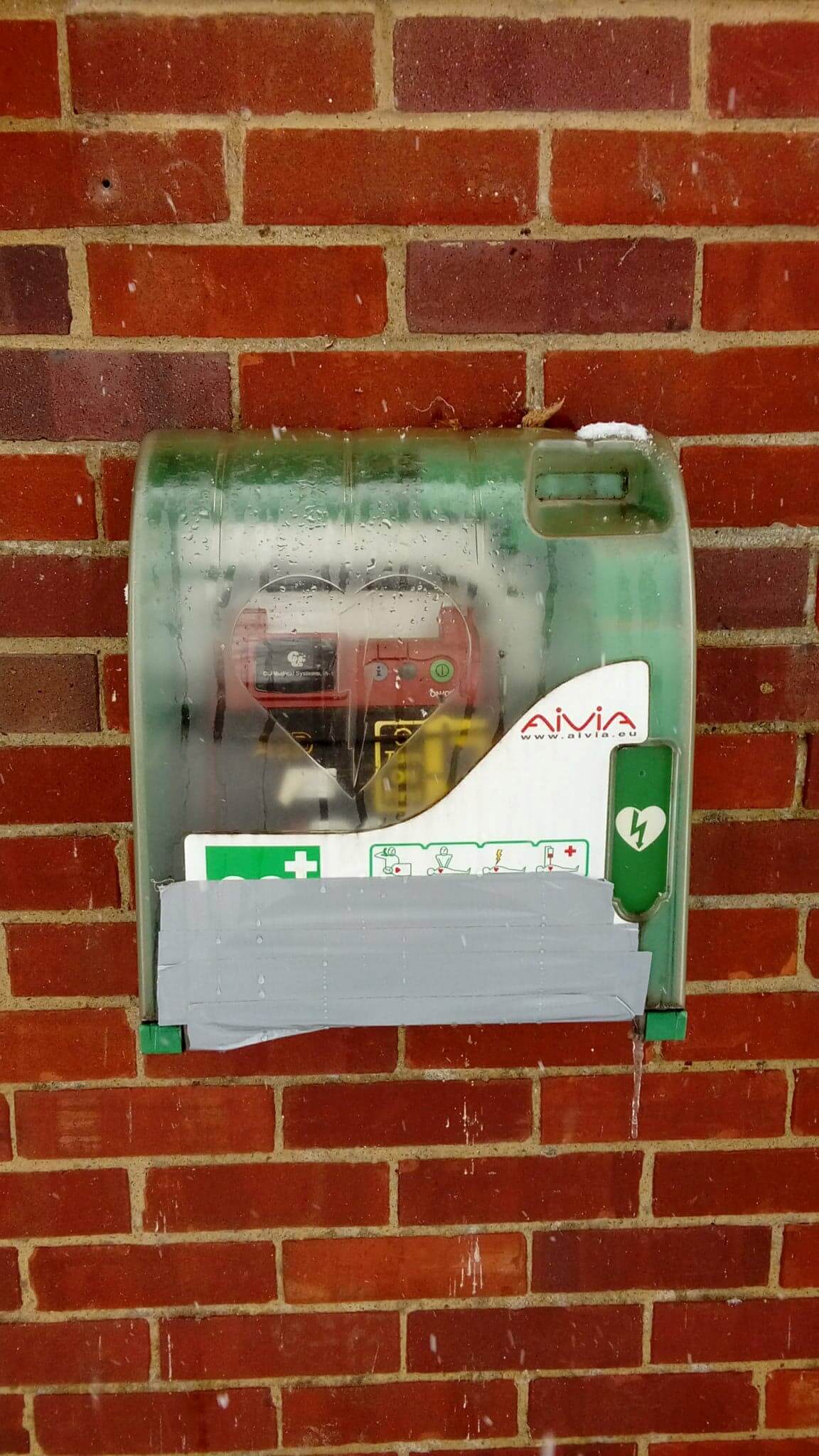 Tenterden Town Council is to ask Ashford Police to set up night patrols in the town following recent incidences of vandalism.

The latest incident occurred last Wednesday (21 February), when the life-saving defibrillator equipment outside the Recreation Ground public toilets was vandalised, as well as a urinal.

Said a spokesman for Tenterden Town Council: "We have clear CCTV footage of three teenage boys and a girl (and an additional boy and girl who attended later in the evening) causing the damage, and have submitted it to Ashford Police.

"The mindlessness of their actions could endanger lives, and the cost of the broken defibrillator casing stands in excess of £500."

The Council has appealed to residents who may have additional information to phone 101, and quote crime reference number ZY/009609.

This latest incidence of vandalism follows a decision taken at last week's (Monday, 19 February) Town Council meeting to take action to combat what has become an increasing problem.

Over consecutive weekends in January and early February, vandals left a trail of destruction through the town, stole equipment from the Recreation Ground and damaged public toilets.

Calling for talks with the police, Cllr Ken Mulholland said: "My proposal is for an additional police presence in the town, particularly between pub closing time and, say, 1.30am on weekends - we know that is when the majority of vandalism occurs. The exercise may be for a limited period only, but we do need to deal with this issue."

The Council also authorised the reducing the height of the hedge bordering St Michaels Recreation Ground, which has previously been used to camouflage acts of vandalism.