Work started some time ago on the Taylor Wimpey side of the development (Small Hythe Rd). The remaining area has been purchased by Dandara Ltd who have started work at the Leisure Centre to provide additional parking spaces. Following this work, an access will be created off Recreation Ground Road, and development is likely to commence to the rear of the Leisure Centre within the next couple of months.

The Tent 1 Planning Application went before the Planning Committee at Ashford Borough Council on 20th October 2014, and was unanimously supported by members. The final details of Section 106 payments are still being fine-tuned, but it is expected that ground will be broken on the site by mid-2015. The consultation and workshop process has been invaluable in ensuring that the plans meet the needs of the community as well as the standards of Ashford Borough Council.

Information available as a PDF

The Tent 1 site and Proposed Masterplan

An exhibition of the final draft master plan was held at the Town Hall on 15th and 16th November 2013, and was attended by some 250 members of the public. In case you were unable to attend, the material from the exhibition can be read below. Please fill in a feedback form and return it to the master planning team so that they can consider your views before they submit a formal planning application at the start of January 2014.

A public consultation on the plans for the Tent 1 development was held at Tenterden Leisure Centre on Wednesday 26th June 2013. A morning workshop with the same invitees as the December workshops was followed by three well attended presentations for the public. An update on the latest news from the planners of the Tent 1 development will be published in the Town Council’s next newsletter, and Ashford Borough Council’s full report on the workshops in December and June will be made available on this website as soon as it is produced.

Copies of the information displayed from the public consultation can be viewed below:

Water and drainage constraints and opportunities

The first Tent1 master planning workshops took place in the Leisure Centre on the 10th and 11th December. This involved invited representatives from almost all local community and interest groups, as well as our elected ward, borough and county councillors, plus relevant local government specialists covering aspects such as schooling, highways, parking etc. The full list of attendees is available as a PDF (see top right).

The first morning started with a detailed presentation by the lead architect, George Saumarez-Smith of Adam Architecture, of how the street plan of Tenterden has developed over the last 250 years. This was followed by a guided tour of the town and the Tent1 site, led by the promotion team from Welbeck Strategic Land and the various architects and consultants they have appointed. We noted the characteristic attributes of Tenterden’s townscape and street plan, and the different materials used. In particular this reinforced how prevalent and appealing the views of St. Mildred’s tower are from almost every direction, and highlighted the topography of the town.

Some broad imperatives quickly became obvious to us – the new development must feel like a logical and sympathetic extension to the town; as far as possible new areas of development should enjoy distant views of St. Mildred’s; a defining feature of Tenterden is the charming lanes off the High Street, especially Bell’s Lane, so new streets or roads should mimic the sort of mix of style, materials and heights found in Bell’s Lane, wherever practicable.

Back at the Leisure Centre, working in groups around tables, we began to consider a variety of general issues, such as foot and vehicle access to the site and integration with the existing street and pathway plan; aspects of landscape and streetscape design; and ecological issues. Next we brainstormed more detailed topics such as delivery timescales and phasing, character, massing, layout, public realm, green spaces, in each case drawing out our preferred goals and aspirations, and defining key principles. There was lively discussion and debate between the participants but it was reassuring – and quite surprising – to see how smoothly we arrived at a common view on all significant matters.

The second morning began with a climb up the tower of St. Mildred’s for those who hadn’t been up before. The view from the top highlighted to all how much our interesting roofscape contributes to the character of the town, and the fact that very few of our streets and lanes are straight. It also emphasised the extent to which the southern half of the Tent1 site (the area designated phase B) rises to the distant ridgeline, and therefore how intrusive any housing built towards the top of that slope could be.

The second day was structured to build on the work and collective views of the first day, with the aim of collaboratively producing a rough first sketch of the overall development, showing its major features. Working in different groups in order to cross-fertilise ideas and concepts, this was a fascinating exercise, as we started to fill in some hard details on very large scale maps and aerial photographs. This led to some interesting tensions as opposing ideas were put forward, but all were ultimately resolved by discussion and debate. We formed additional task groups to discuss issues such as employment, parking and green spaces.

By 4pm George, the lead architect, started to sketch an initial very rough master design for Tent1, based on our conclusions and recommendations. Some of the key features of this are listed below, in no particular order. Please note that these concepts and ideas are from the first draft of the plan, and details may change in the light of survey results, or at the next workshop:

The rough drawings and sketches developed by the architects by the end of the event, reflecting the above points, were then available to be viewed by the general public on the evening of the 11th December. About fifty members of the public attended the open evening and heard first hand from those who had taken part about the deliberations and issues covered.

The next stage in the process will be receipt of the worked-up early drawings and plans for Tent1, plus the results of various specialist studies such as transport and ecology, and we will share these with the town by holding public exhibitions and presentations probably in February or March, seeking detailed feedback from the wider community. hen will follow another workshop event, involving the same representatives as before, where we will ‘fine tune’ the proposed plan. Again, the output of this will be presented publicly, probably in the early summer, leading ultimately to the submission of a detailed planning application before the end of 2013. This should be decided in early 2014.

Role of the Town Council

The Tenterden Southern Extension land is in different ownerships. The Town Council owns 3.14 acres of the land which makes up the site.

The Town Council has resolved to support the Tenterden Southern Extension.

The Town Council’s role in bringing forward the Tenterden Southern Extension is to maximize the opportunities presented by this development for the benefit of town and its community. Having a stake in the land, the Town Council is ideally placed to influence the development as a whole.

The Town Council intends to;

• Strive for the highest possible build quality, in terms of overall and detailed design, materials, property mix and density,

• Ensure that the various community and interest groups within the town and area are suitably involved, consulted and briefed in a timely and efficient manner,

• Ensure that the wider public are kept informed of developments and timescales, and that they understand the opportunities available to them to influence the planning process as it progresses.

The Town Council will not attempt to maximise our financial gain as landowner, but rather strive to gain the greatest possible benefits for the town as a whole, financial or otherwise.

Click on a picture to see the full size image. 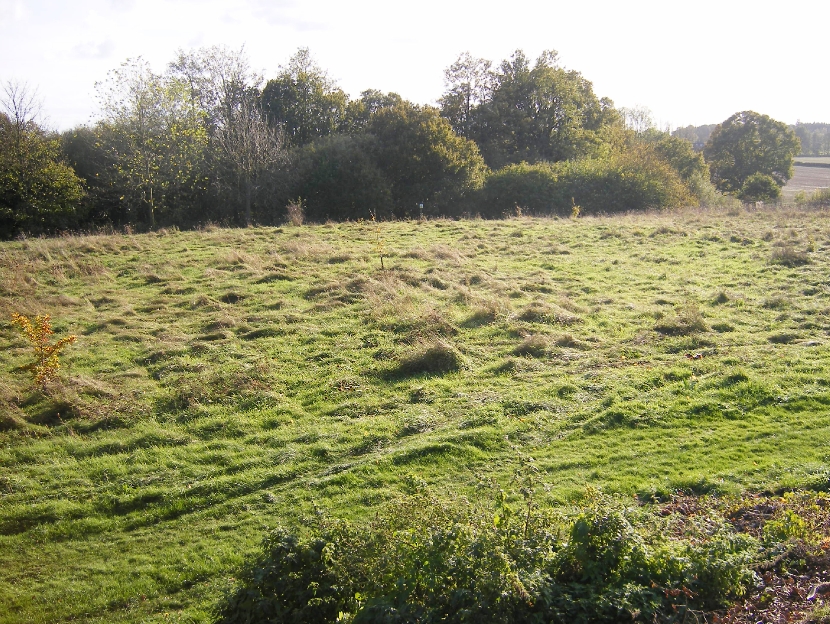 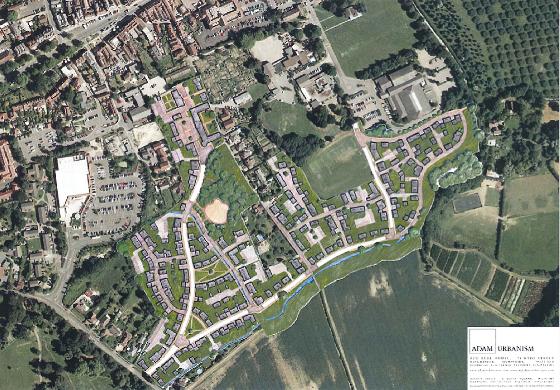 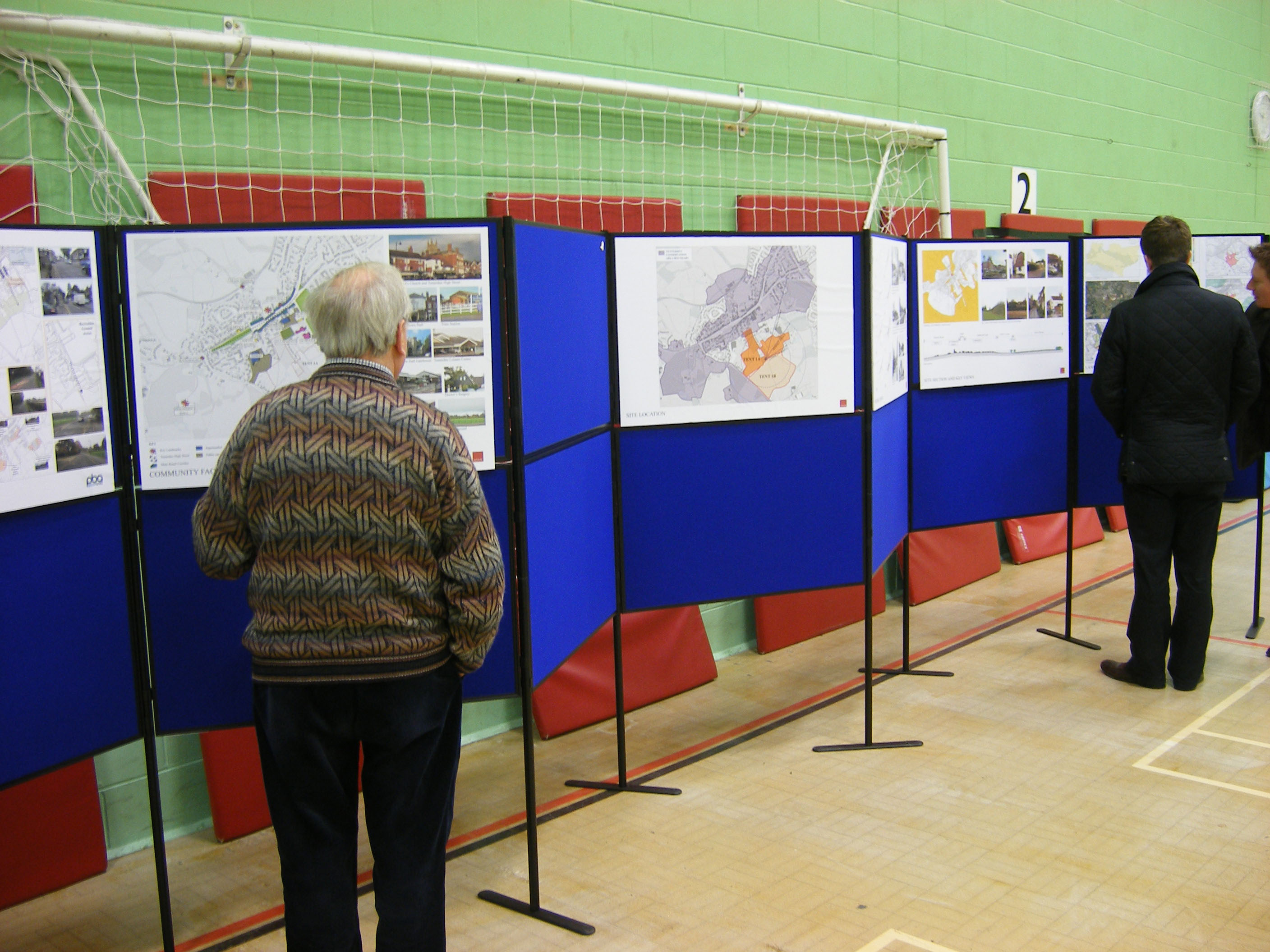 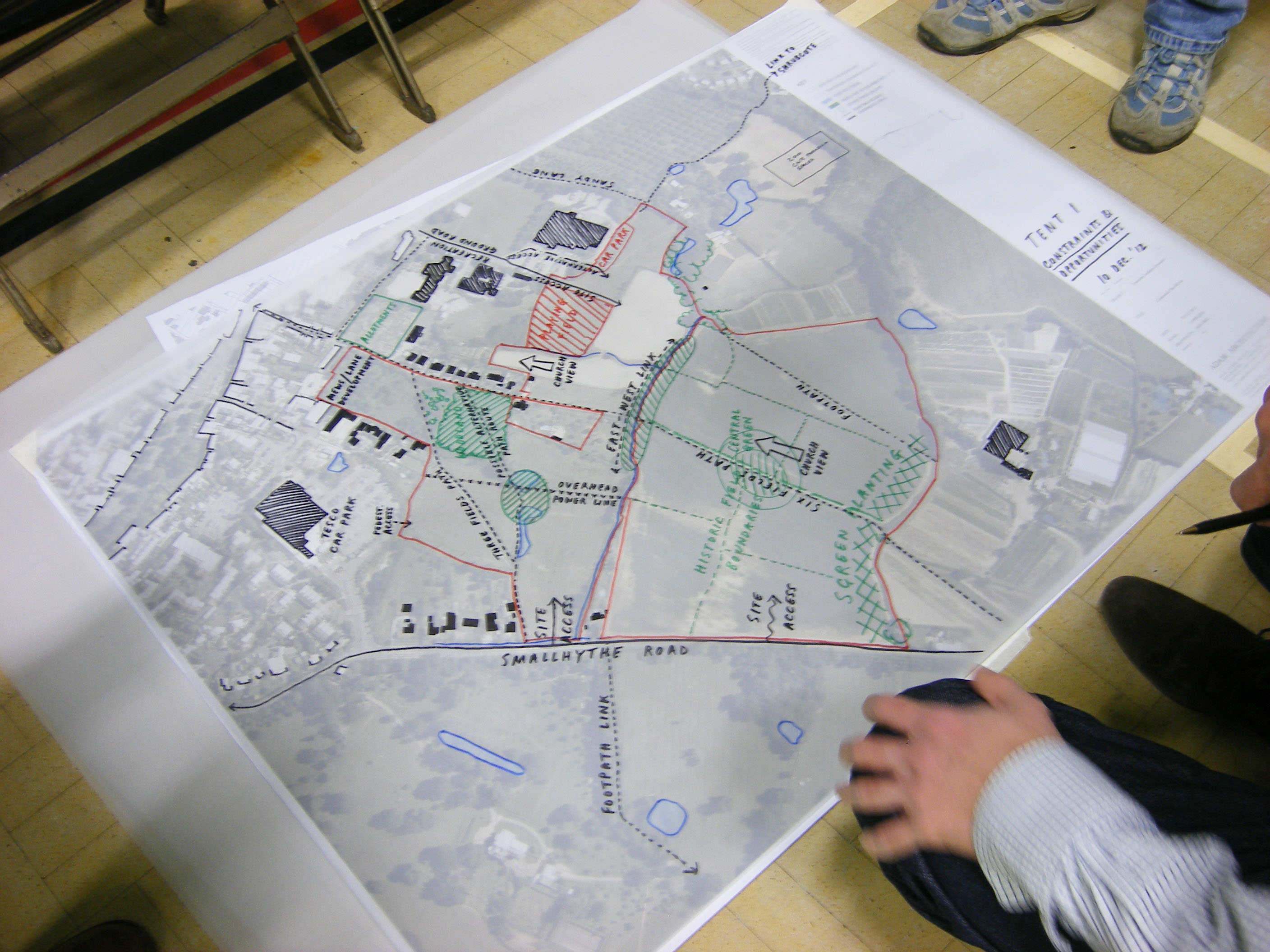 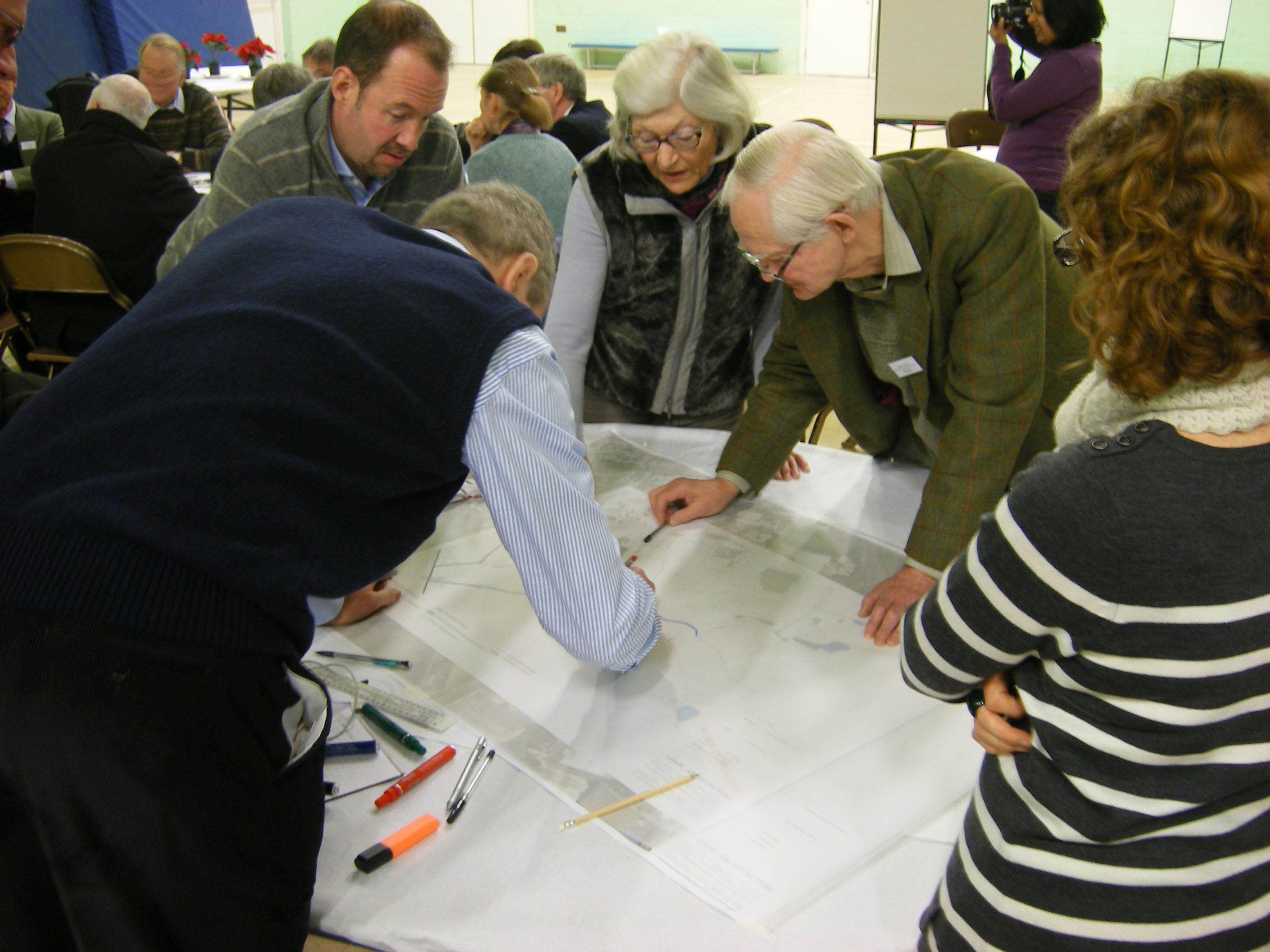 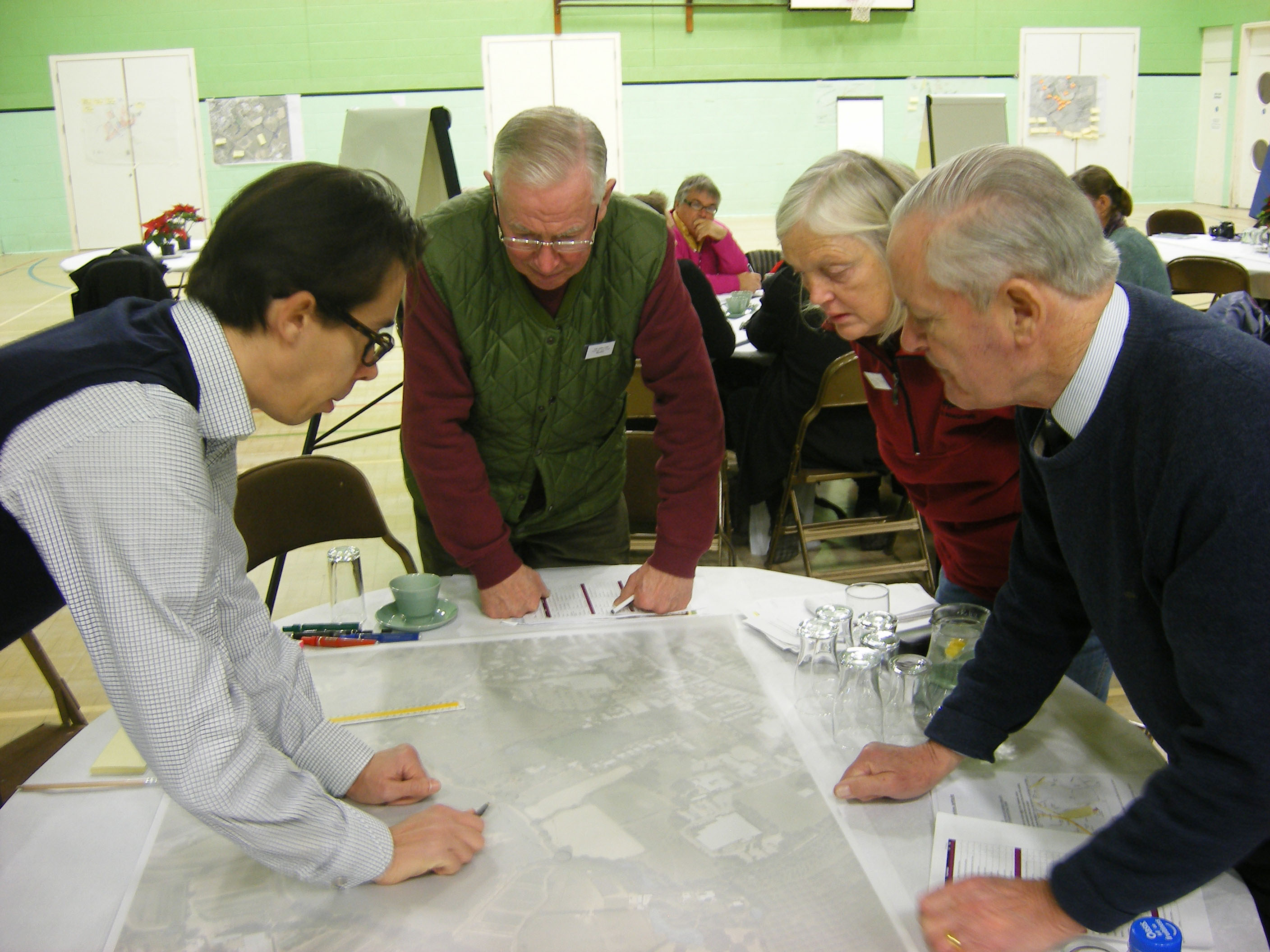 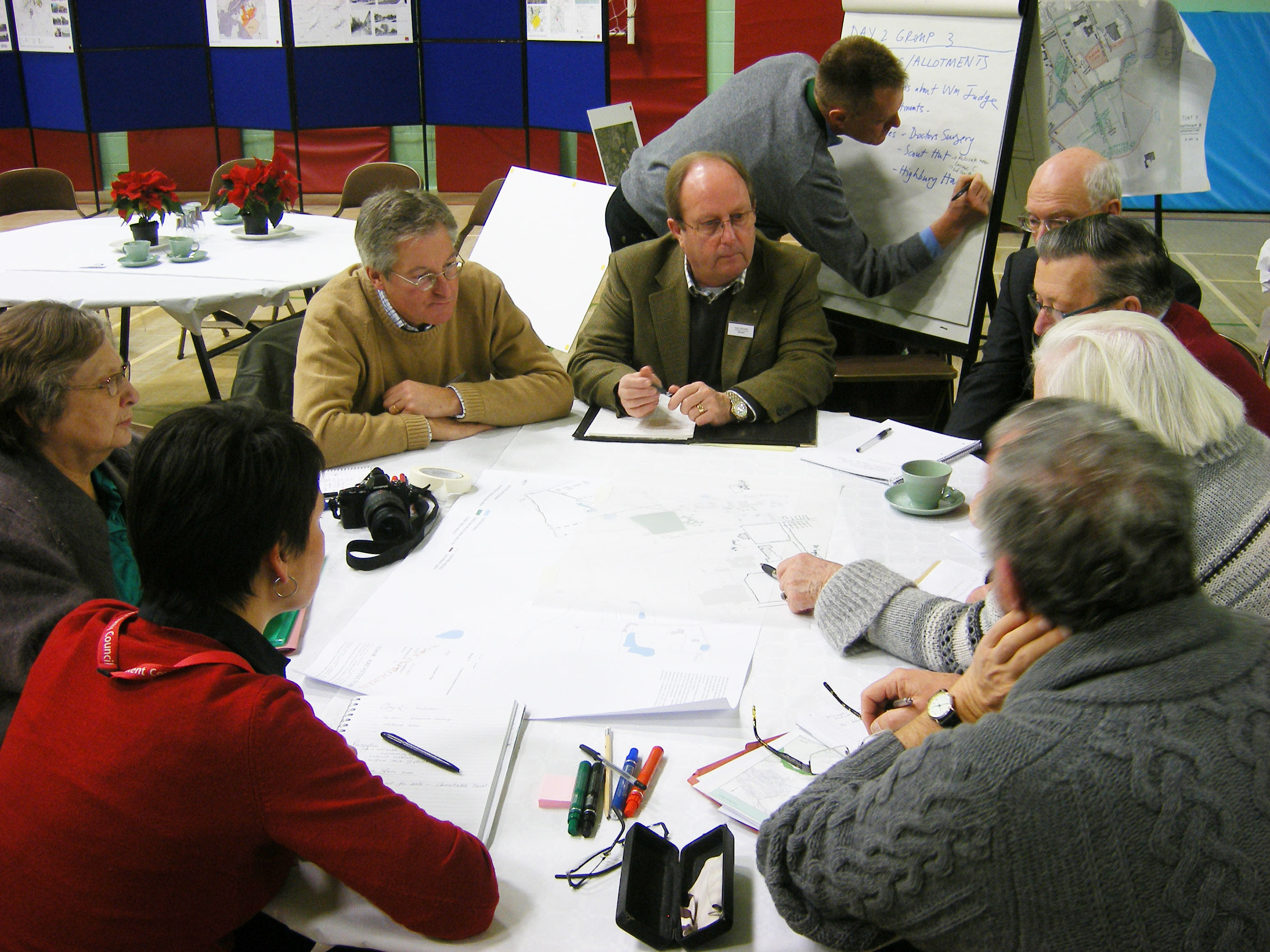 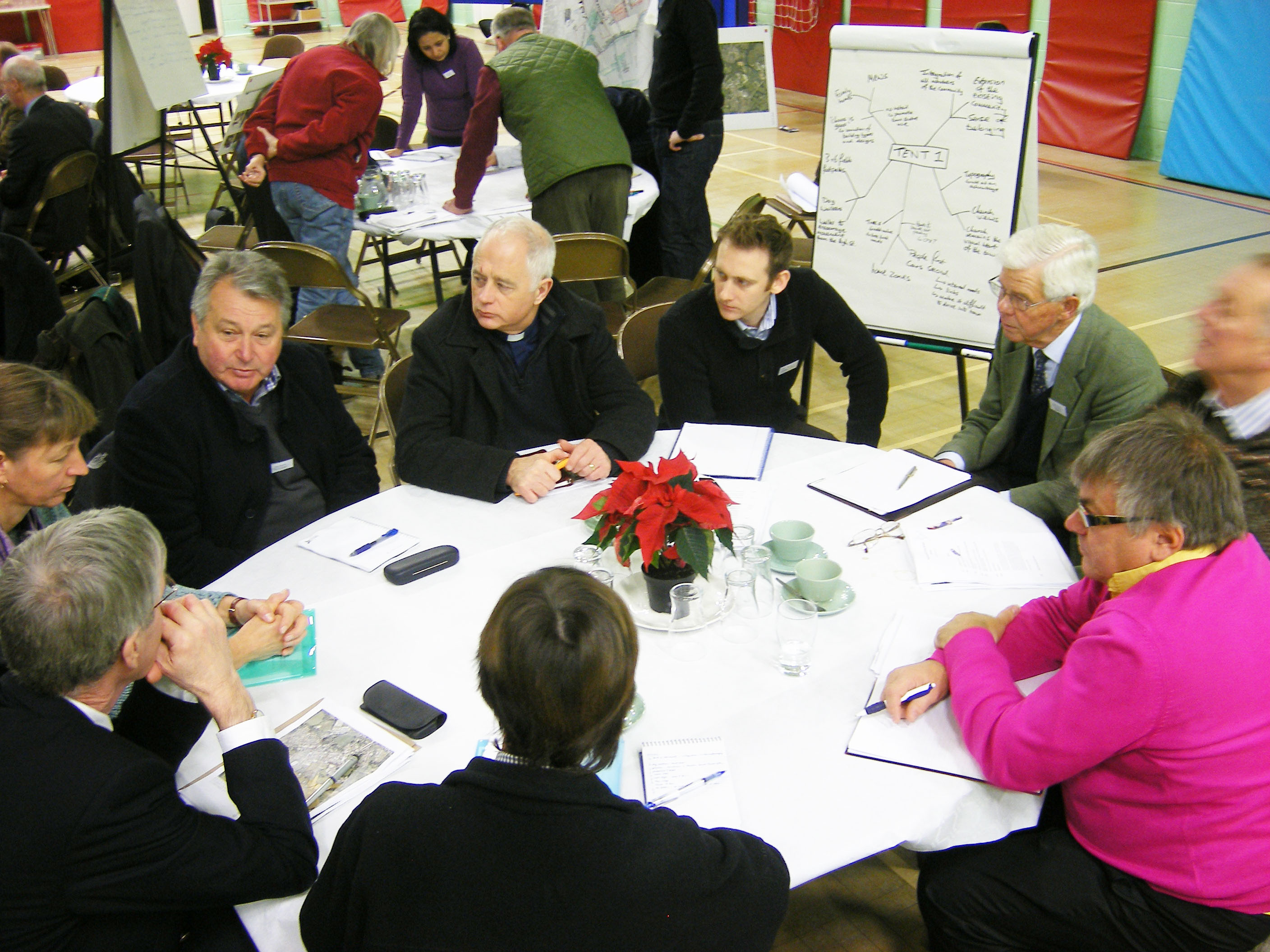 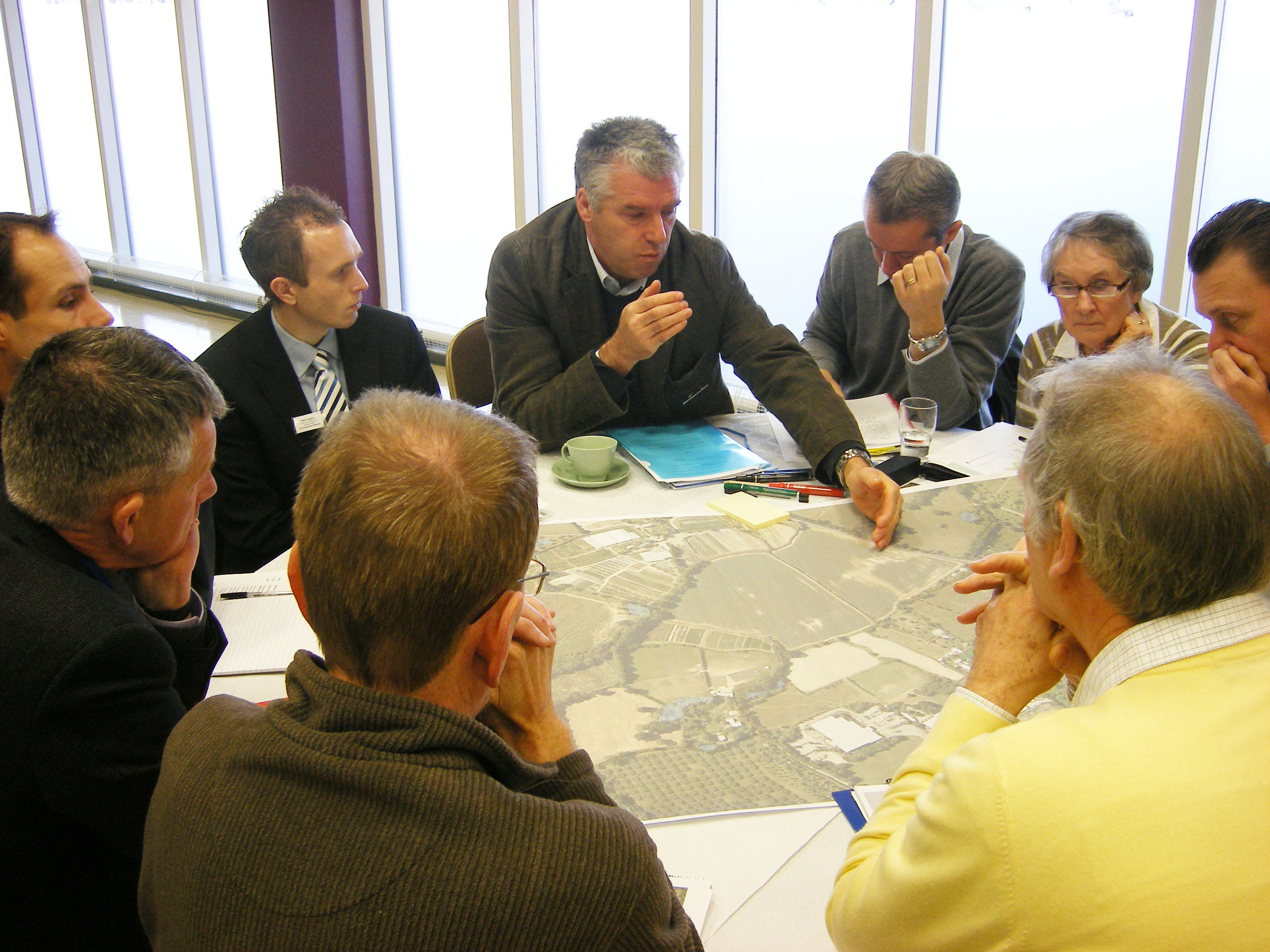 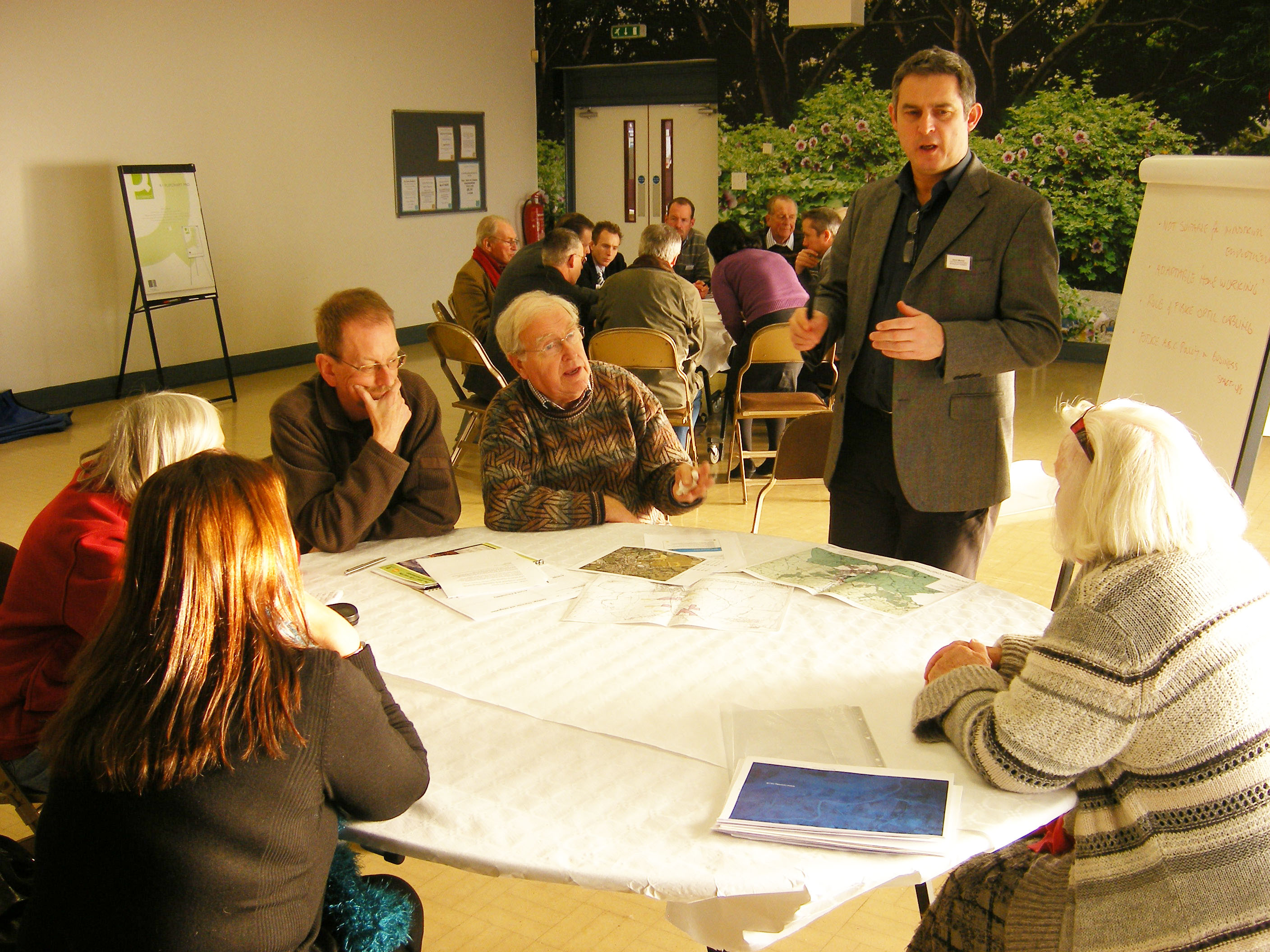