You are in: Home > Community Heroes from the Covid Pandemic have been Recognised for their Outstanding Contribution

COMMUNITY heroes from the Covid pandemic have been recognised for their outstanding contribution, dedication and commitment to the Tenterden community during the COVID-19 pandemic.

Tenterden Mayor, Cllr Dr Lisa Lovelidge, hosted a special thank you ceremony in the Town Hall on Saturday, attended by around 50 people, including Town Council councillors.

A total of 19 organisations/businesses and individuals were nominated by people in Tenterden and awarded Certificates of Recognition for their amazing work and contribution.

Among them was the Helping in Tenterden group that was set up within a few days of Lockdown, and assembled 250 volunteers at the frontline, manning a help desk and delivering prescriptions and shopping.

The Homewood science teacher Chloe Newman was another recipient. She has also received the British Empire Medal in the Queen's Honours List for her role in setting up and running PPE Team Tenterden.

Senior Nurse Samantha Cooper and her partner Kevin Sheaff - a chef – cooked and delivered around 1,000 meals to people in need.

Emma and Roy Isworth worked tirelessly in the Food Bank to ensure that families and the vulnerable received food packages.

Cllr Lovelidge said: "I feel very privileged to be able to say thank you on behalf of the Tenterden Town Council to those who did so much for our community.

"There was a rapid change in our daily lives, everyone was affected, and yet people came together as one community.

"So many people did so much, whether it was delivering food and parcels, taking prescriptions to people, or checking on neighbours. I know that I have missed some people off my list, but I want to say a heartfelt thanks to each and every one."

Recipients of the Certificate of Recognition were:

They went to Roy and Emma Isworth and to Councillor Sue Ferguson.

He said: "Roy and Emma are the most unassuming people that you can meet. They go the extra mile for everybody, and have raised money for charity and are pivotal in the running of the Food Bank.  Sue was recognised for her exceptional support to the Tenterden community, including business and charities, over many years" 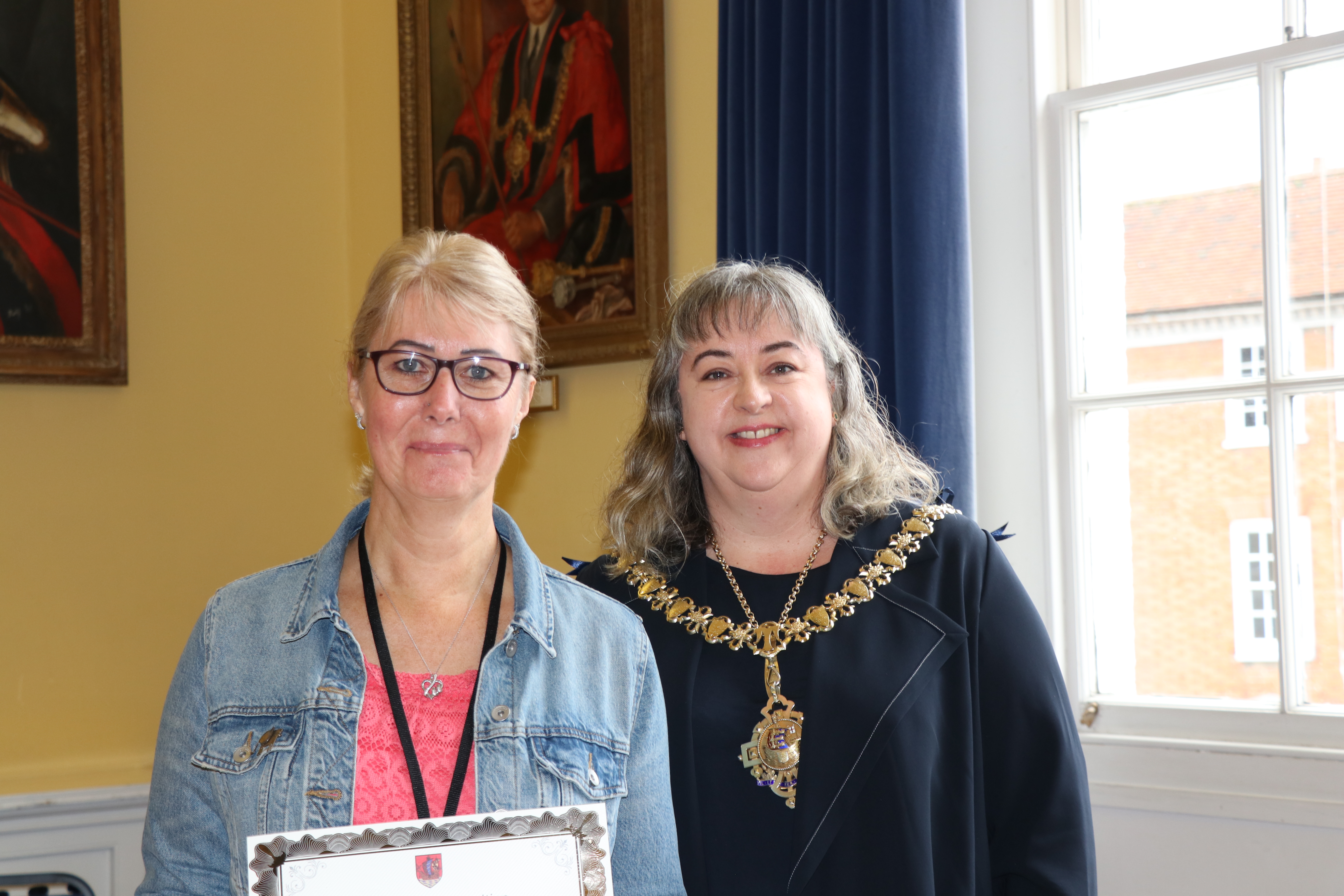 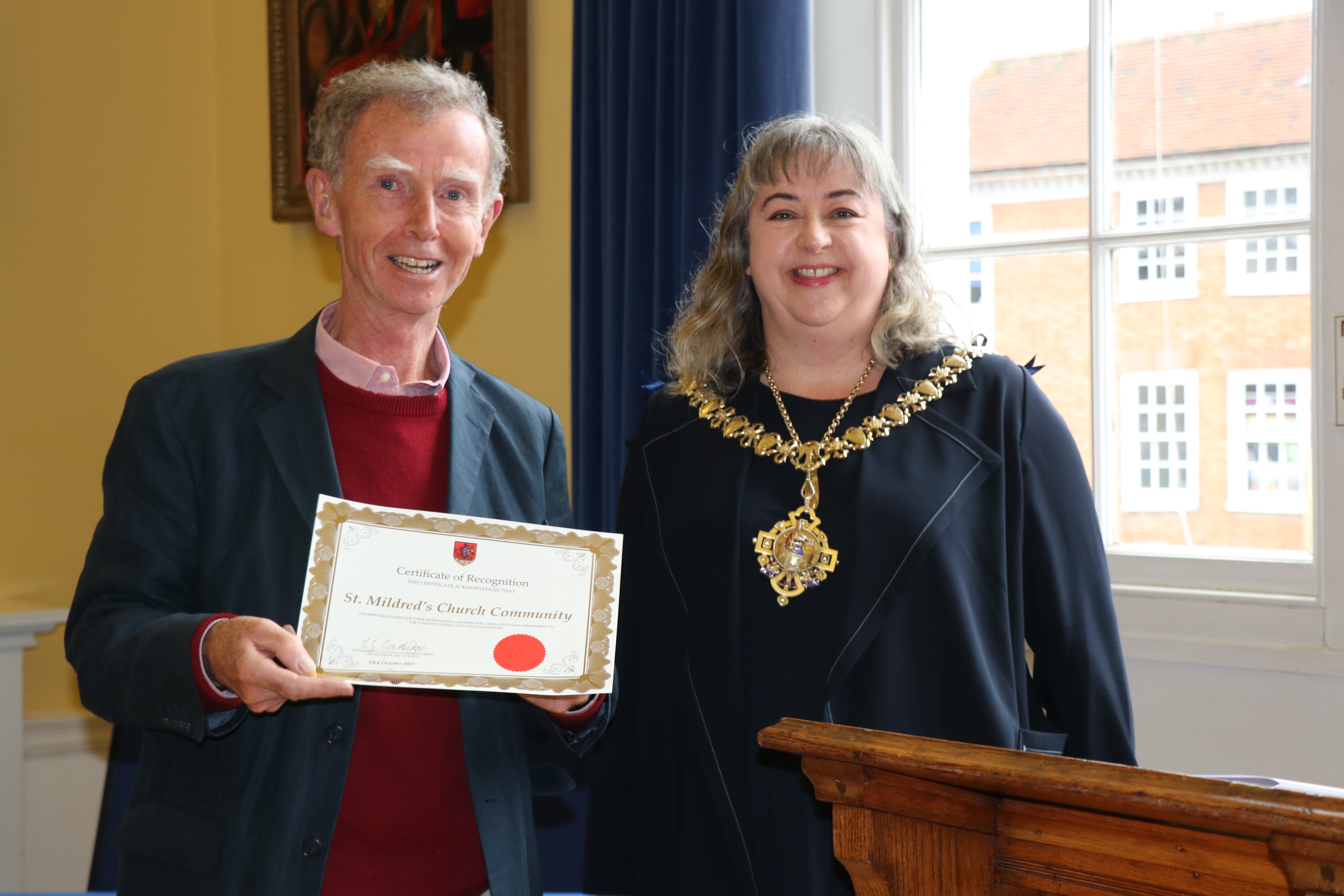 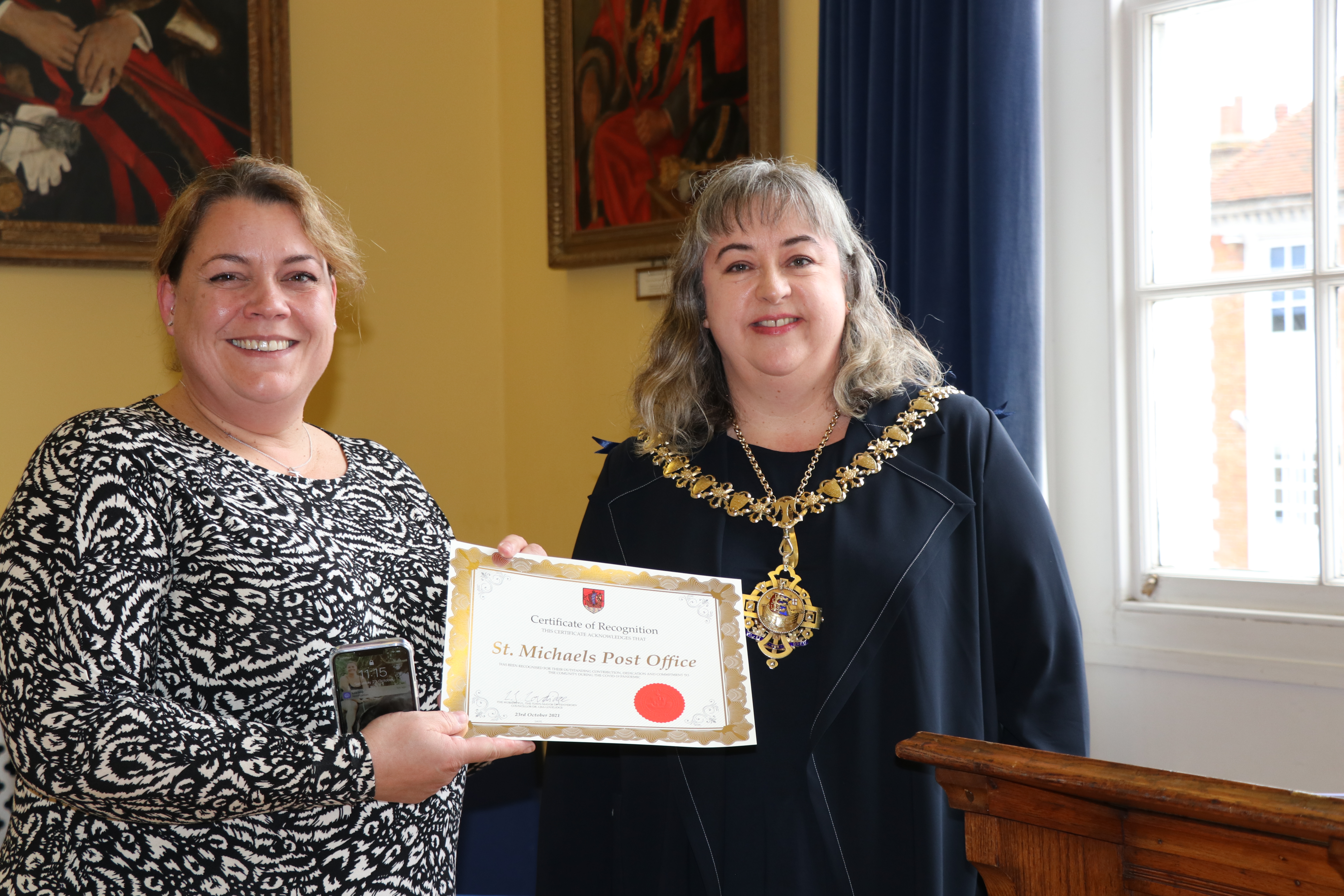 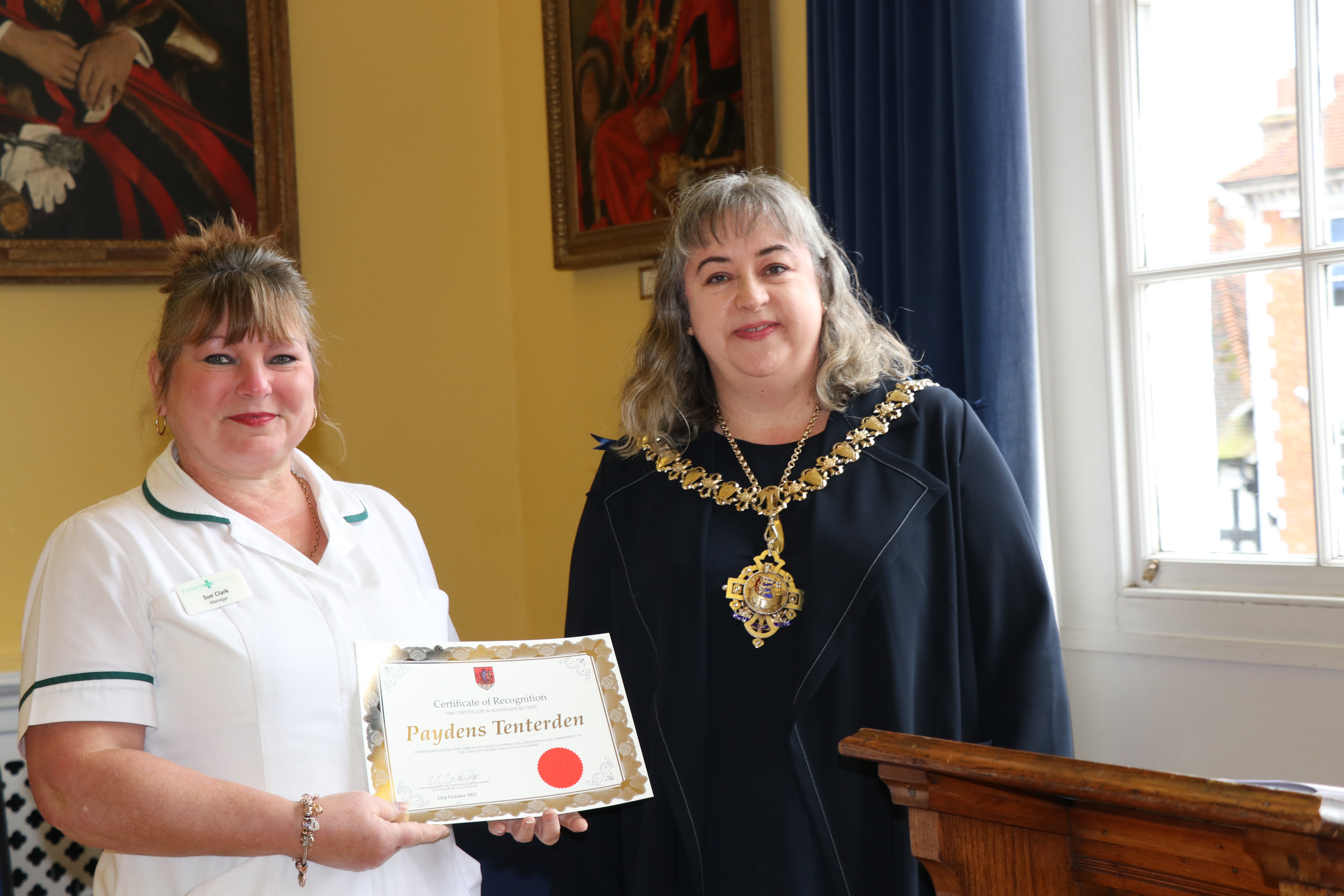 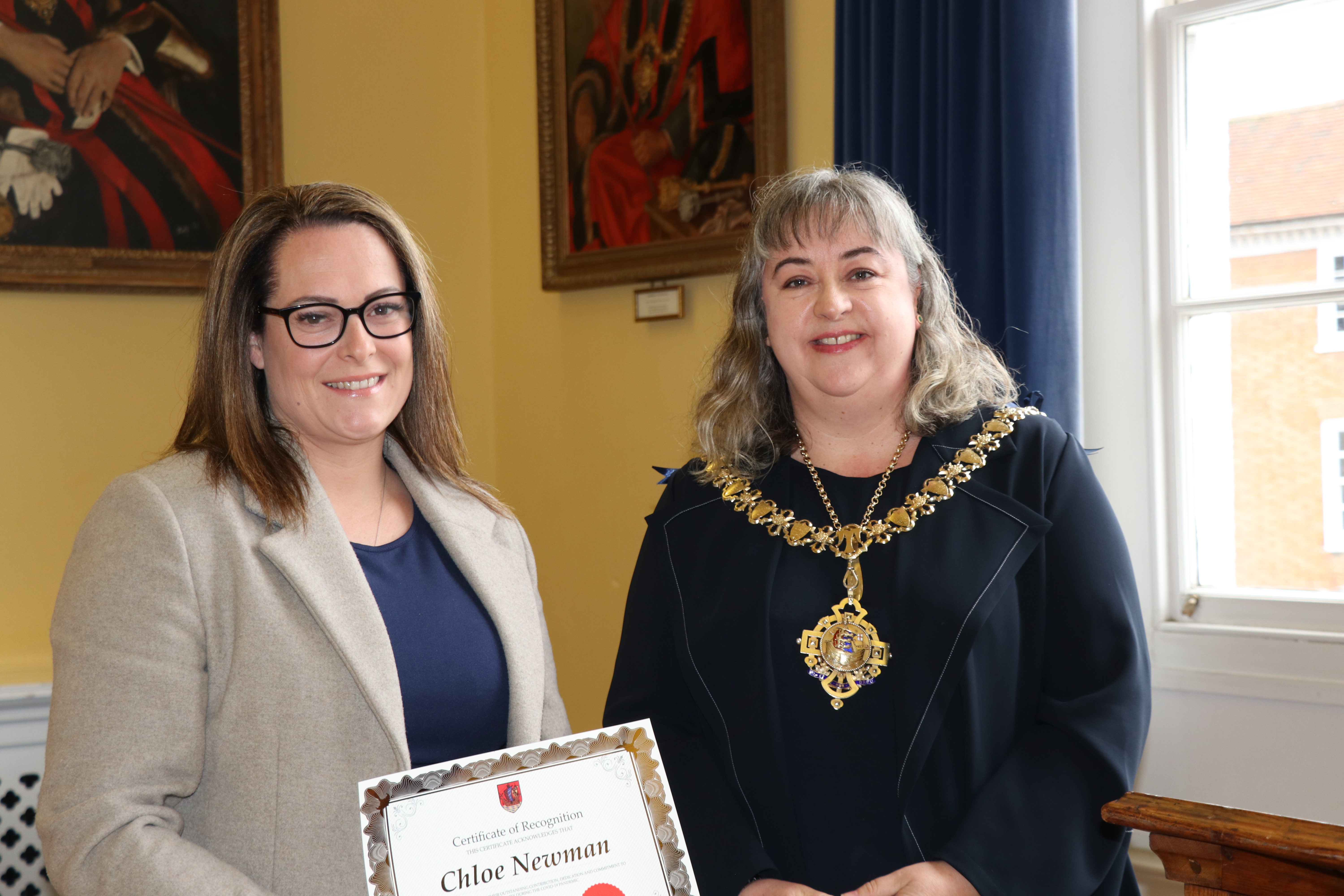 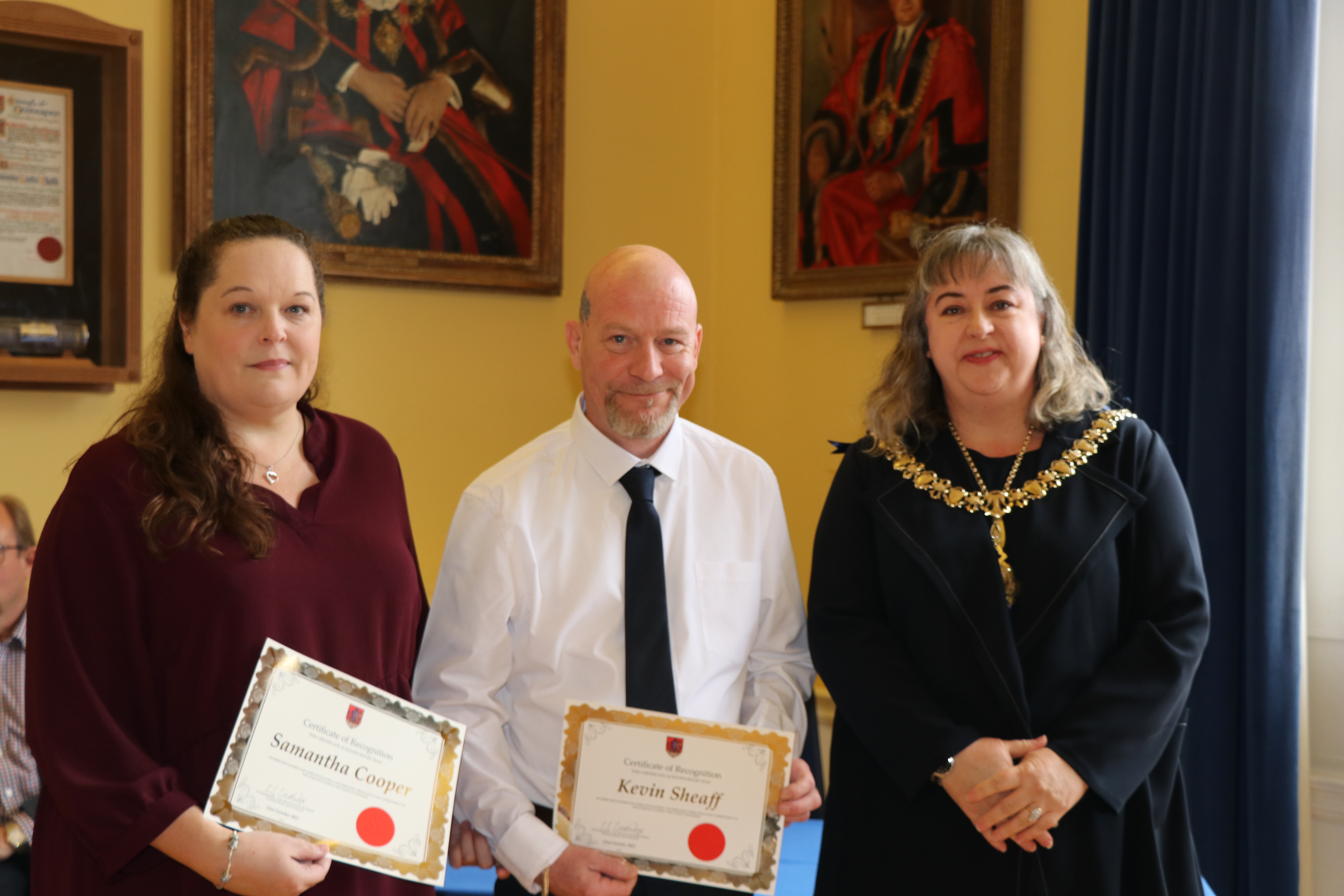 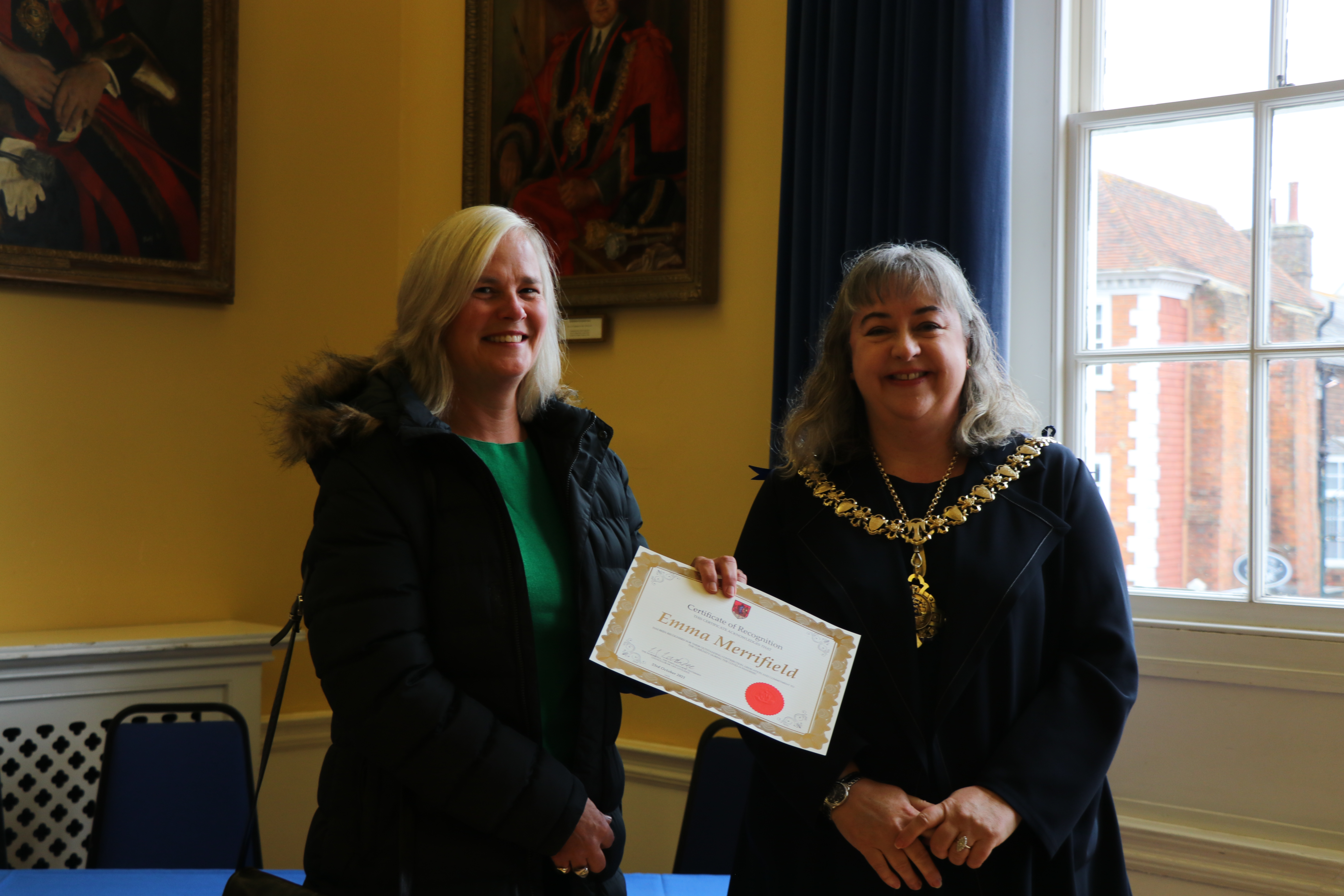 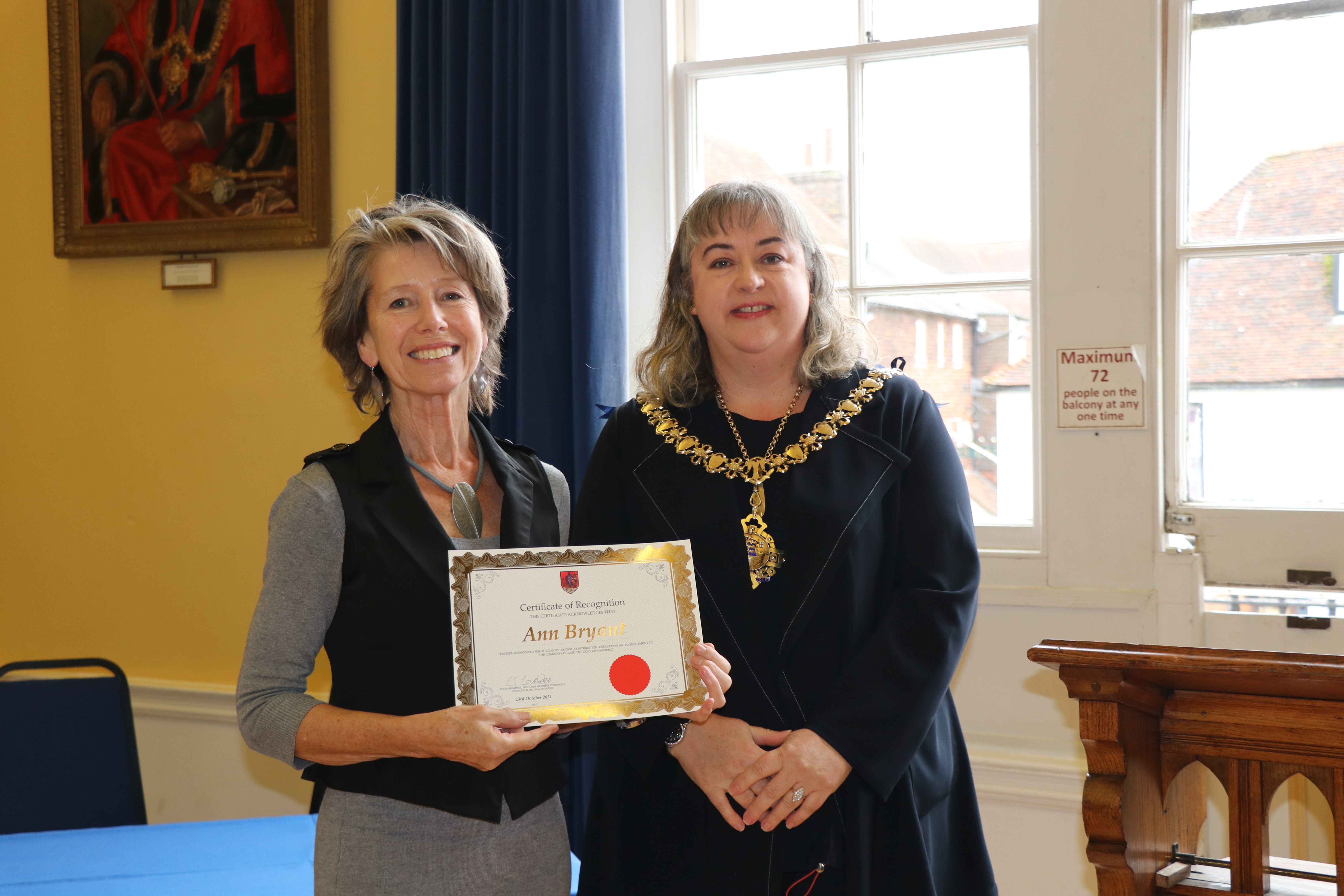 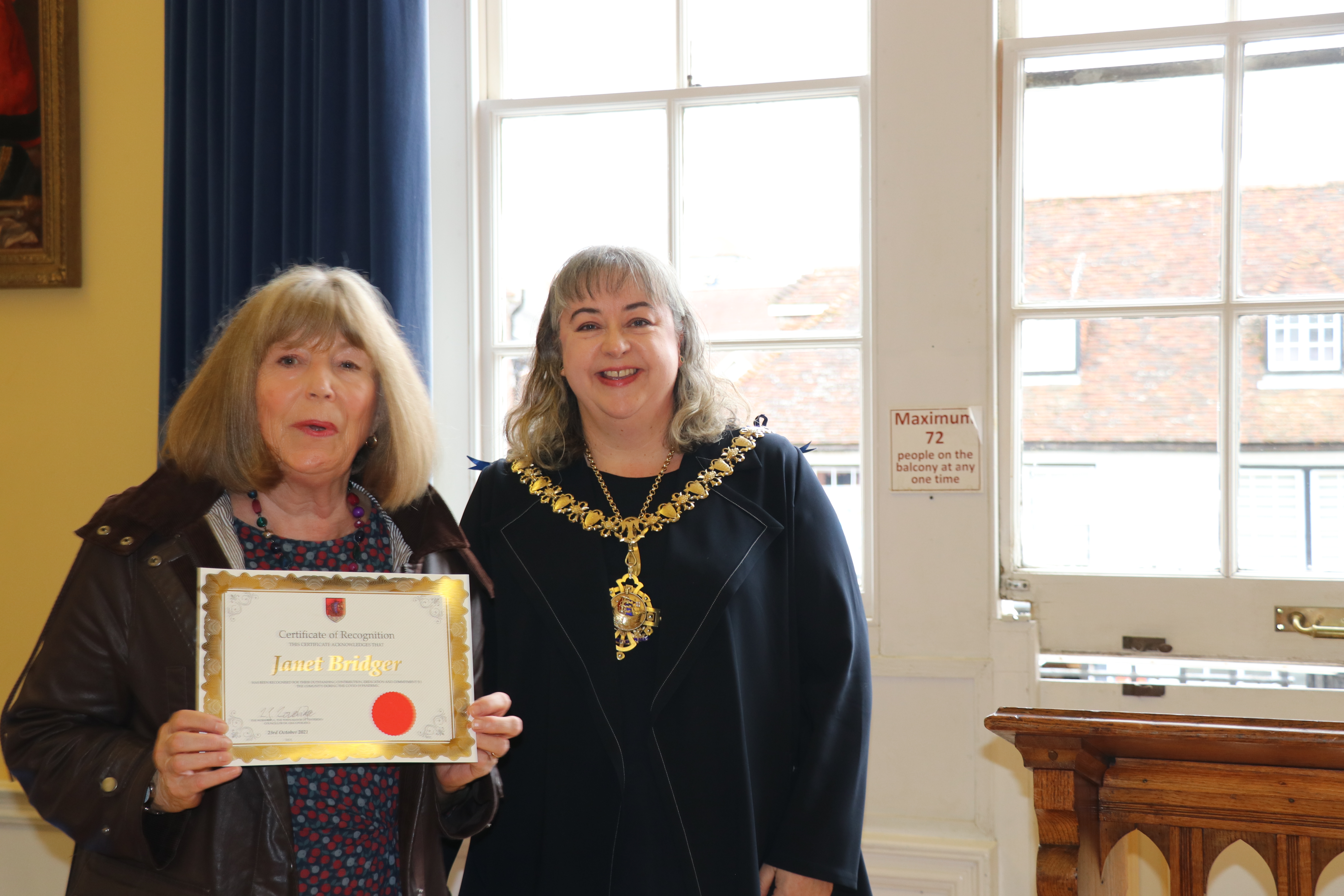 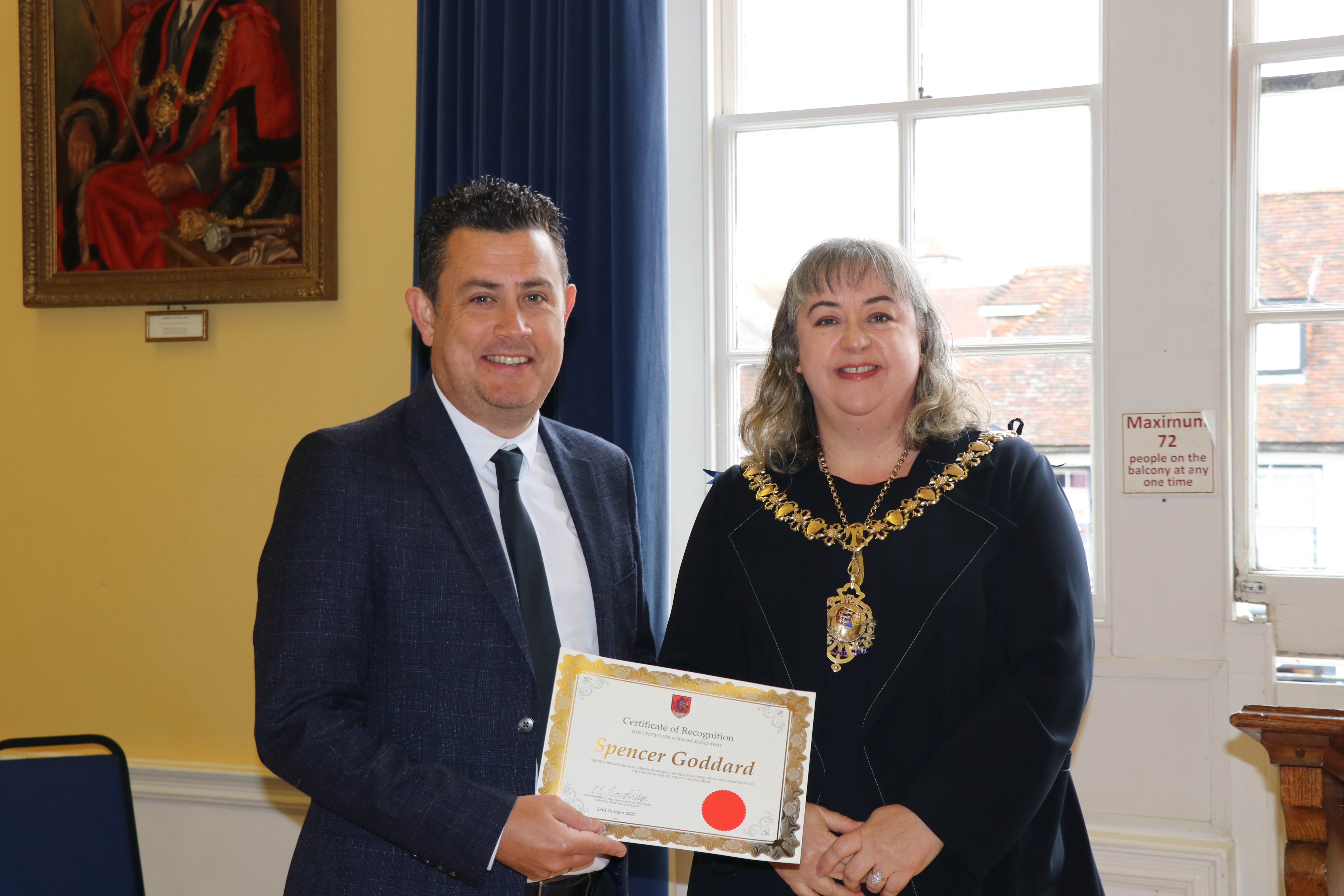 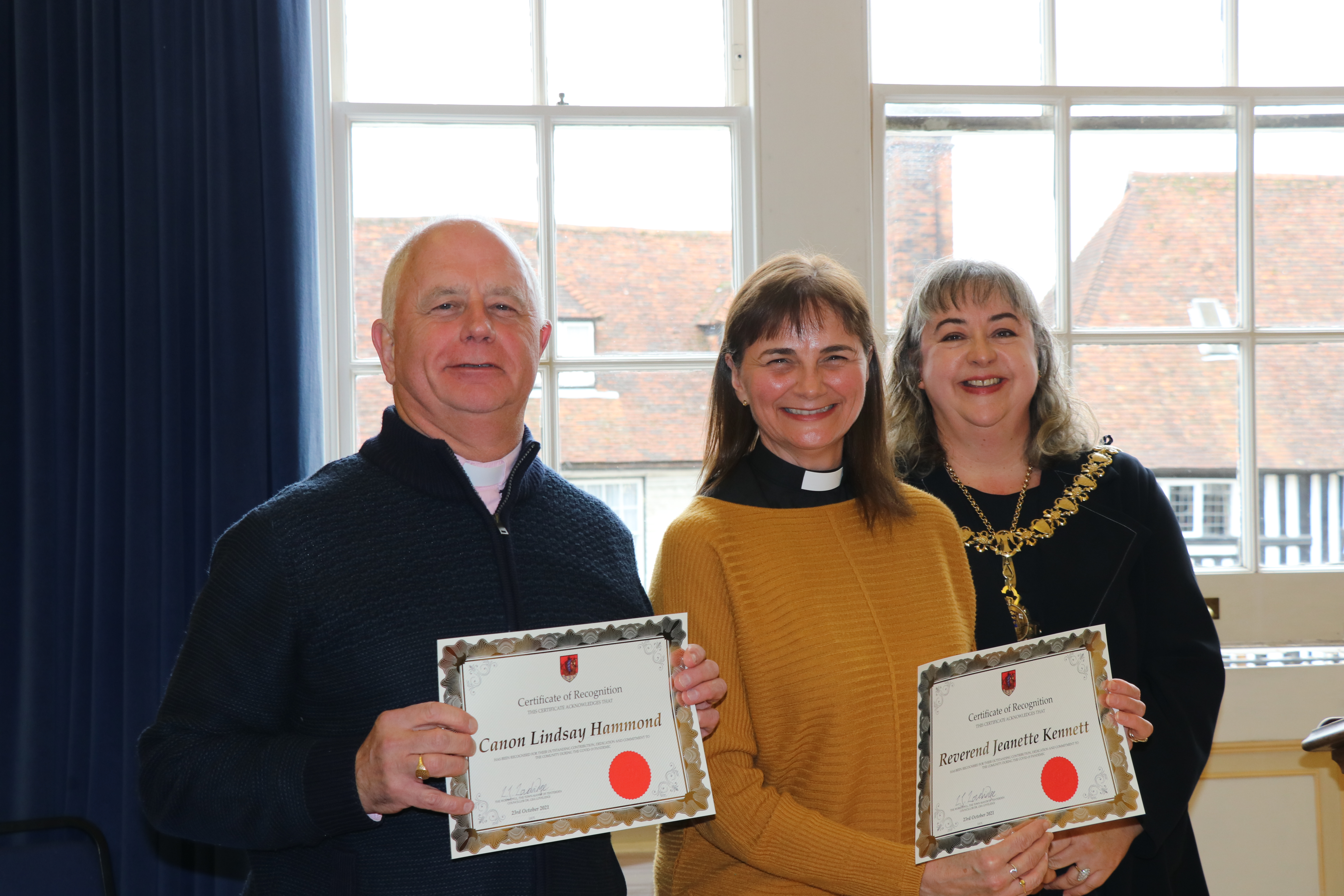 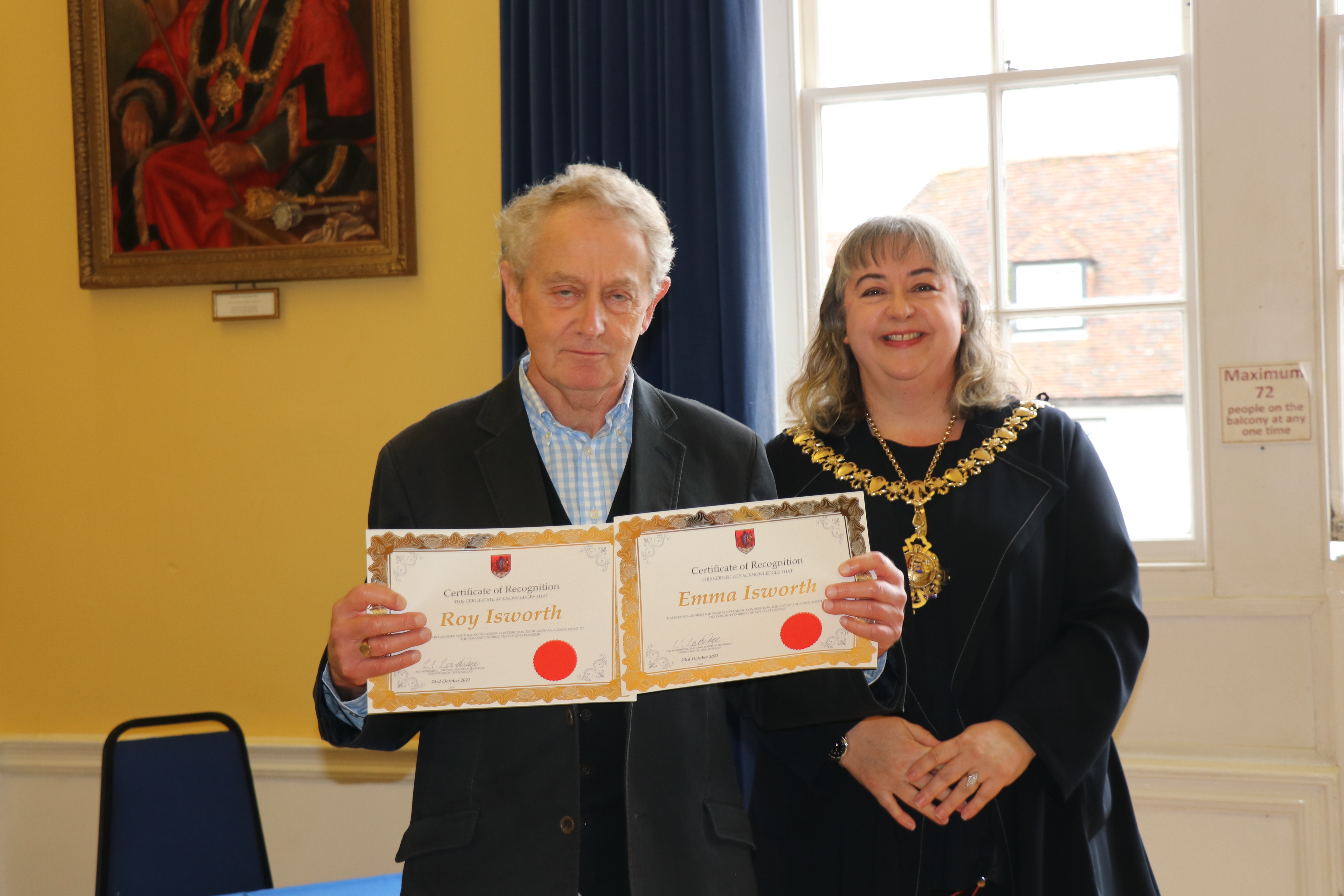 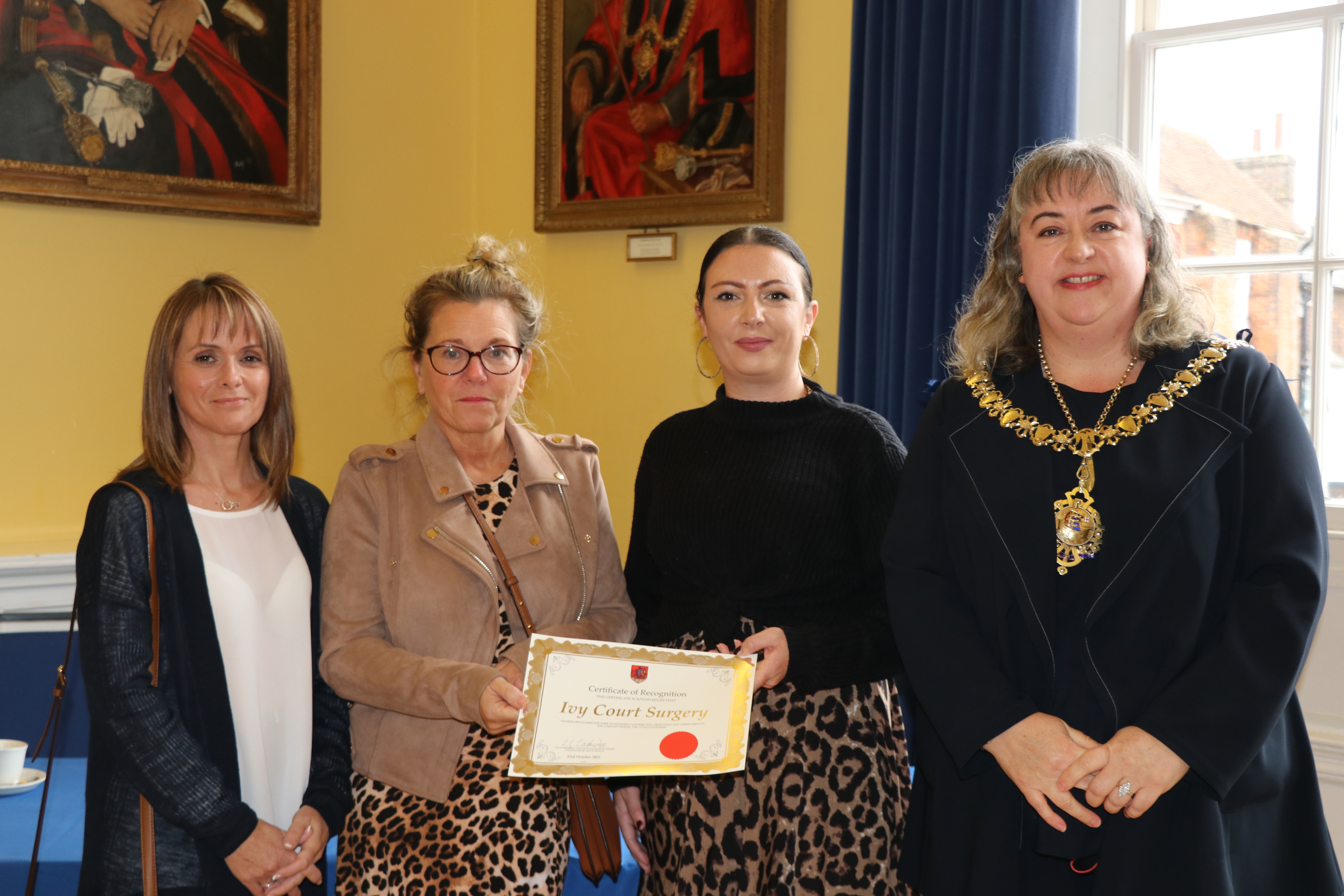 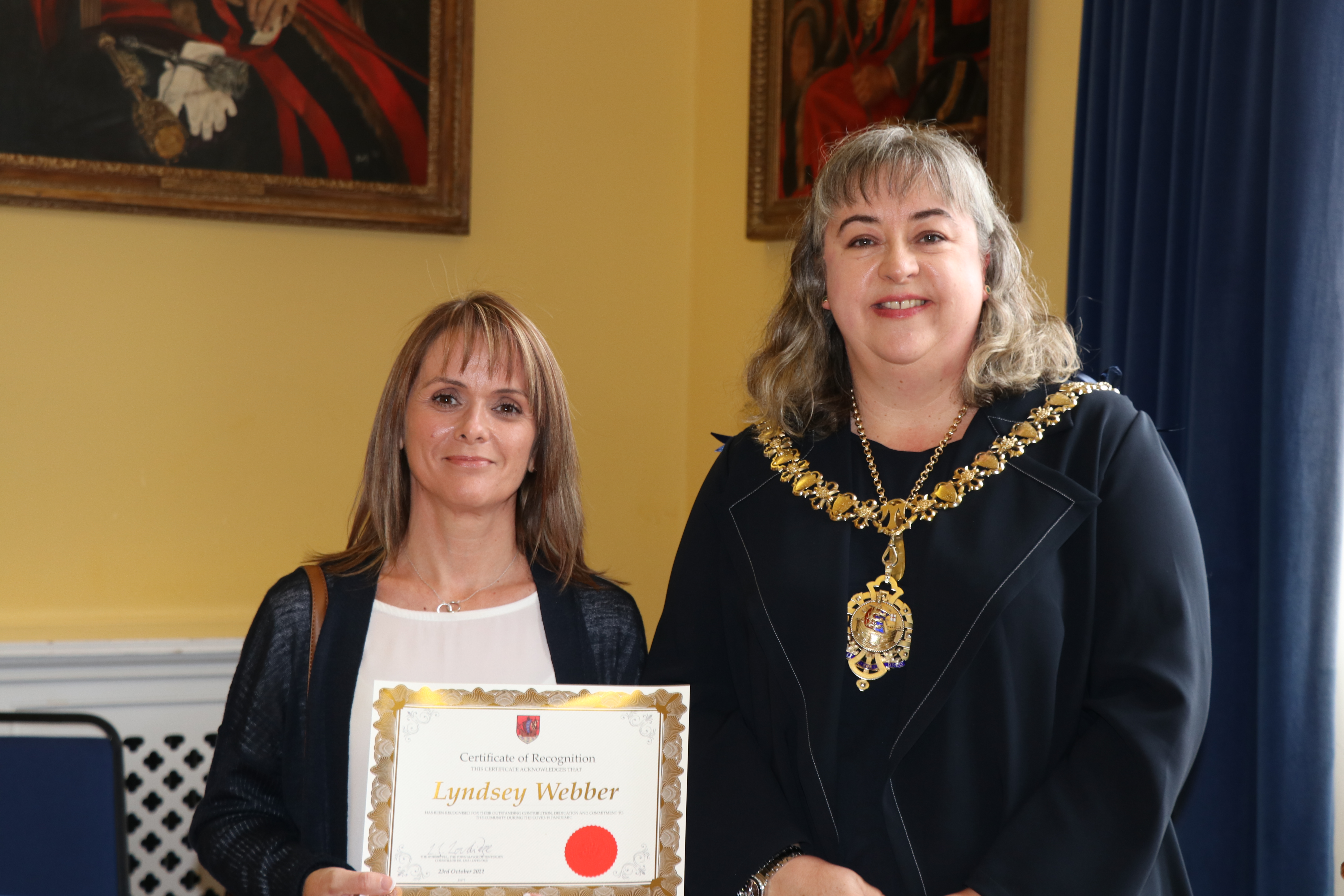 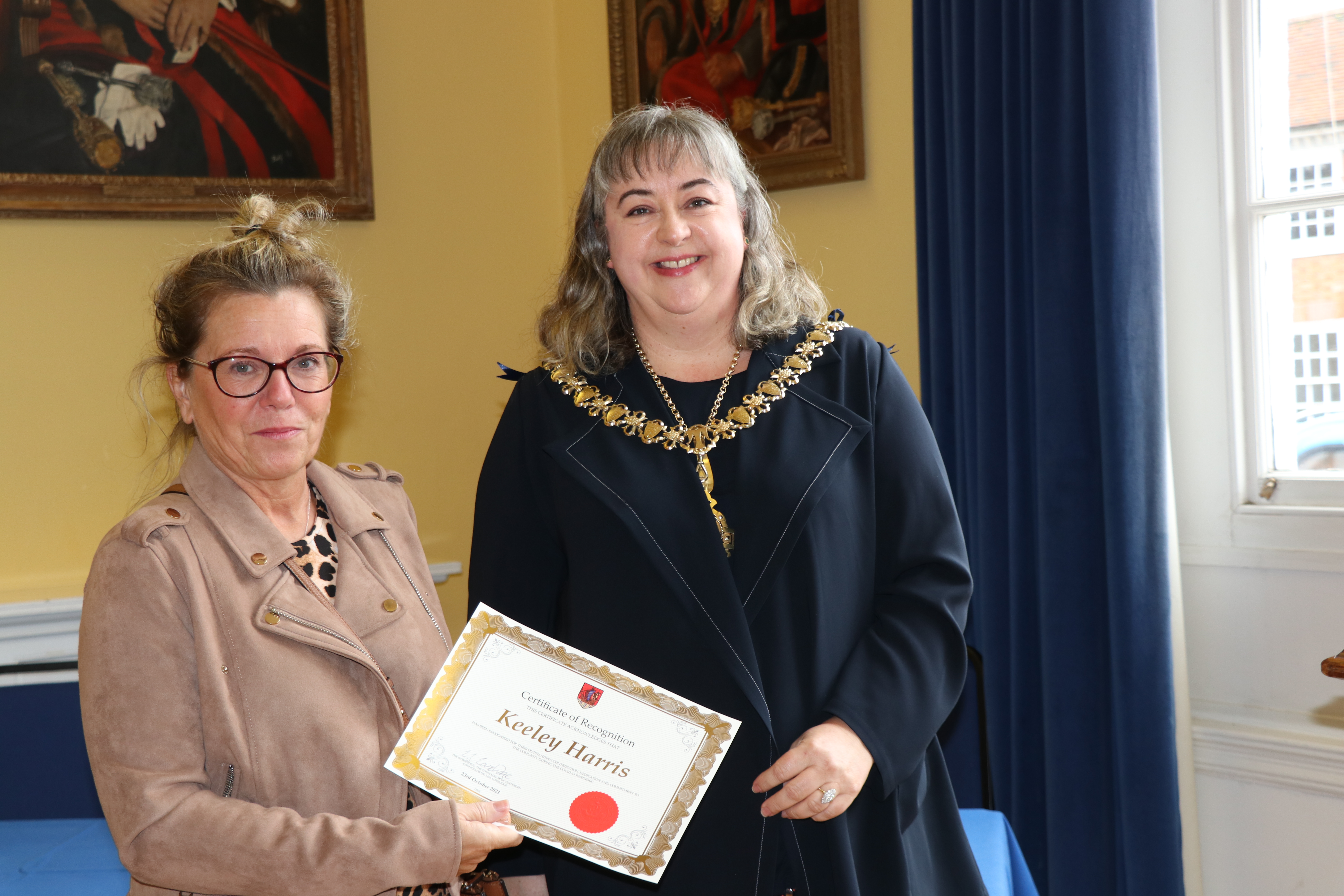 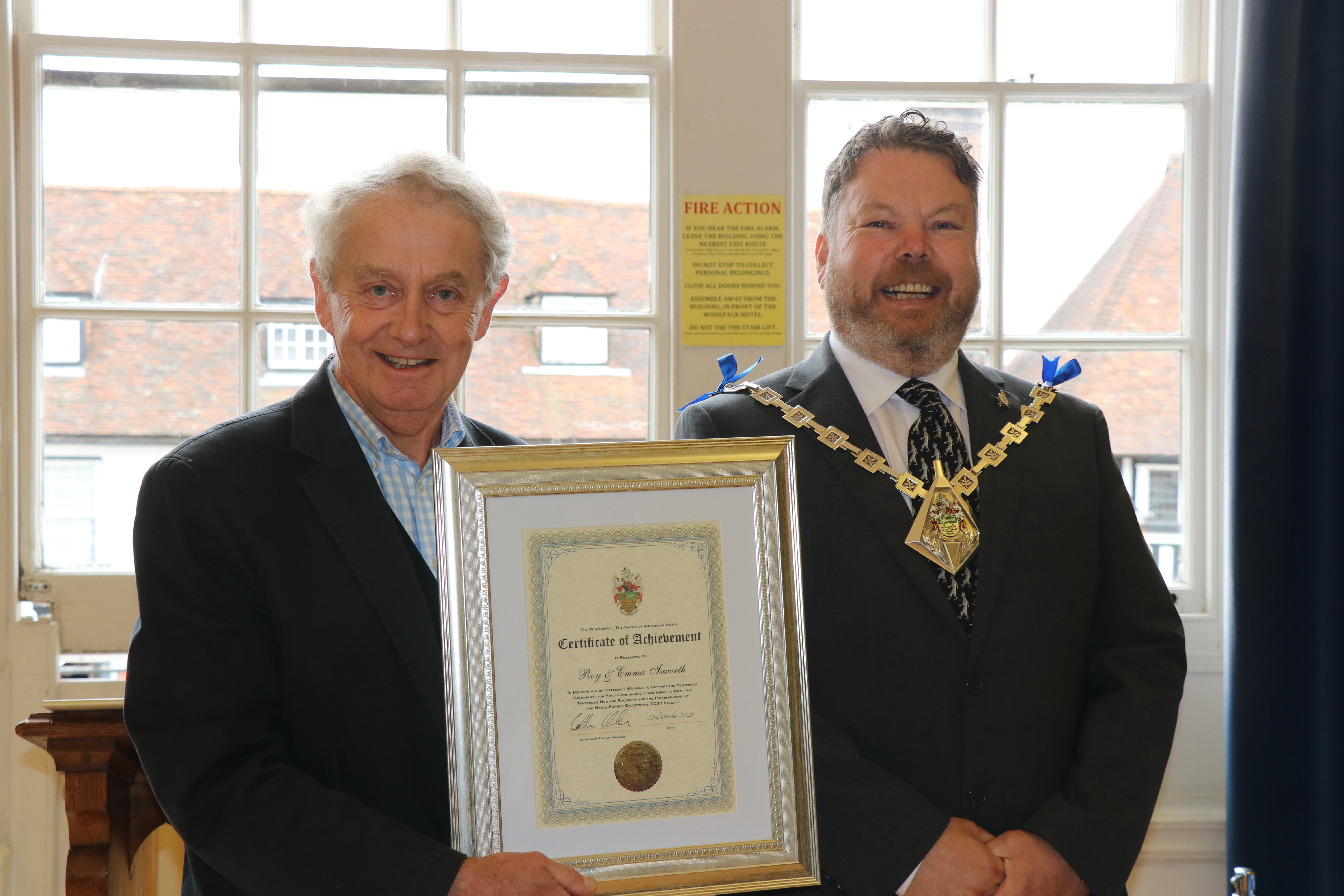 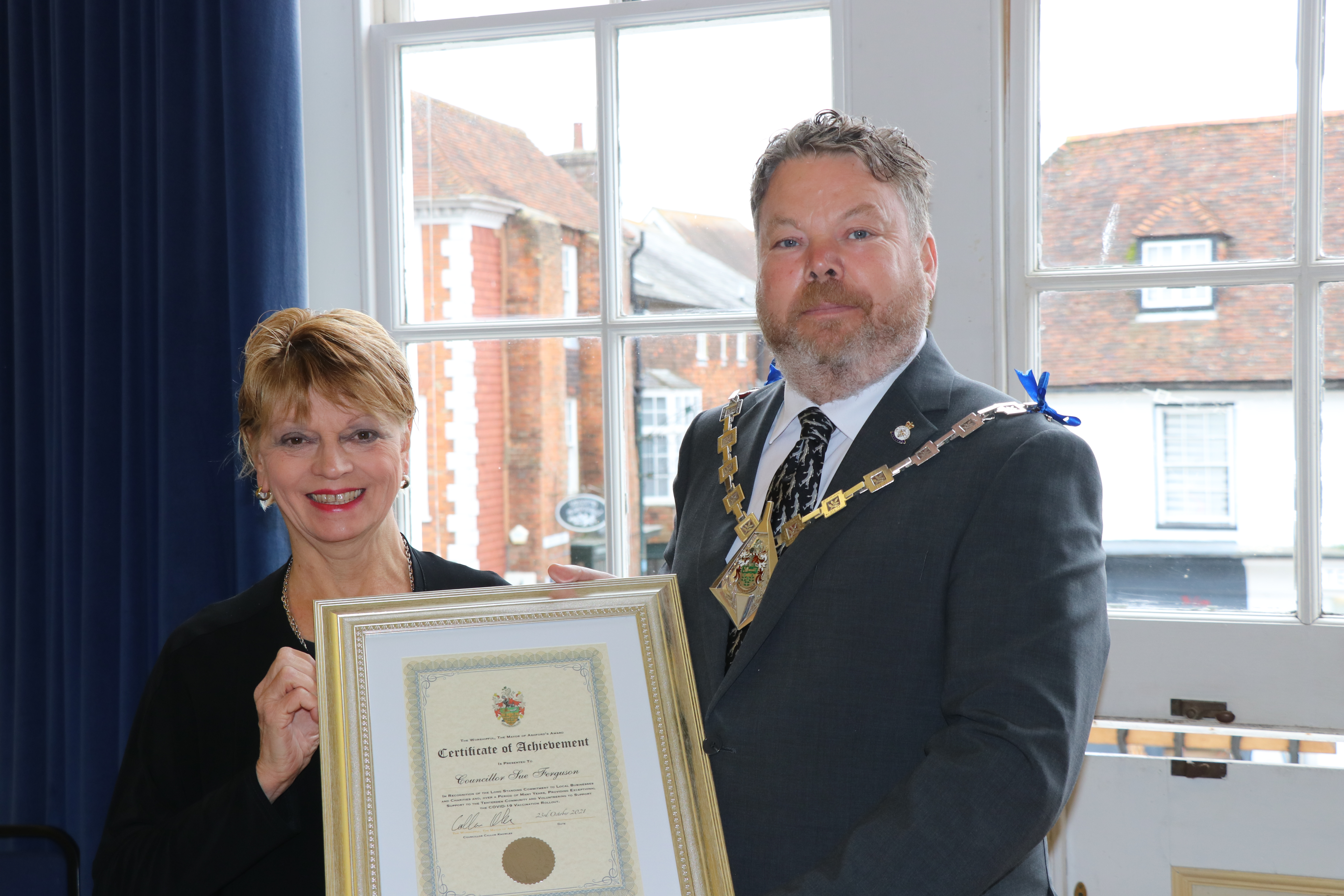 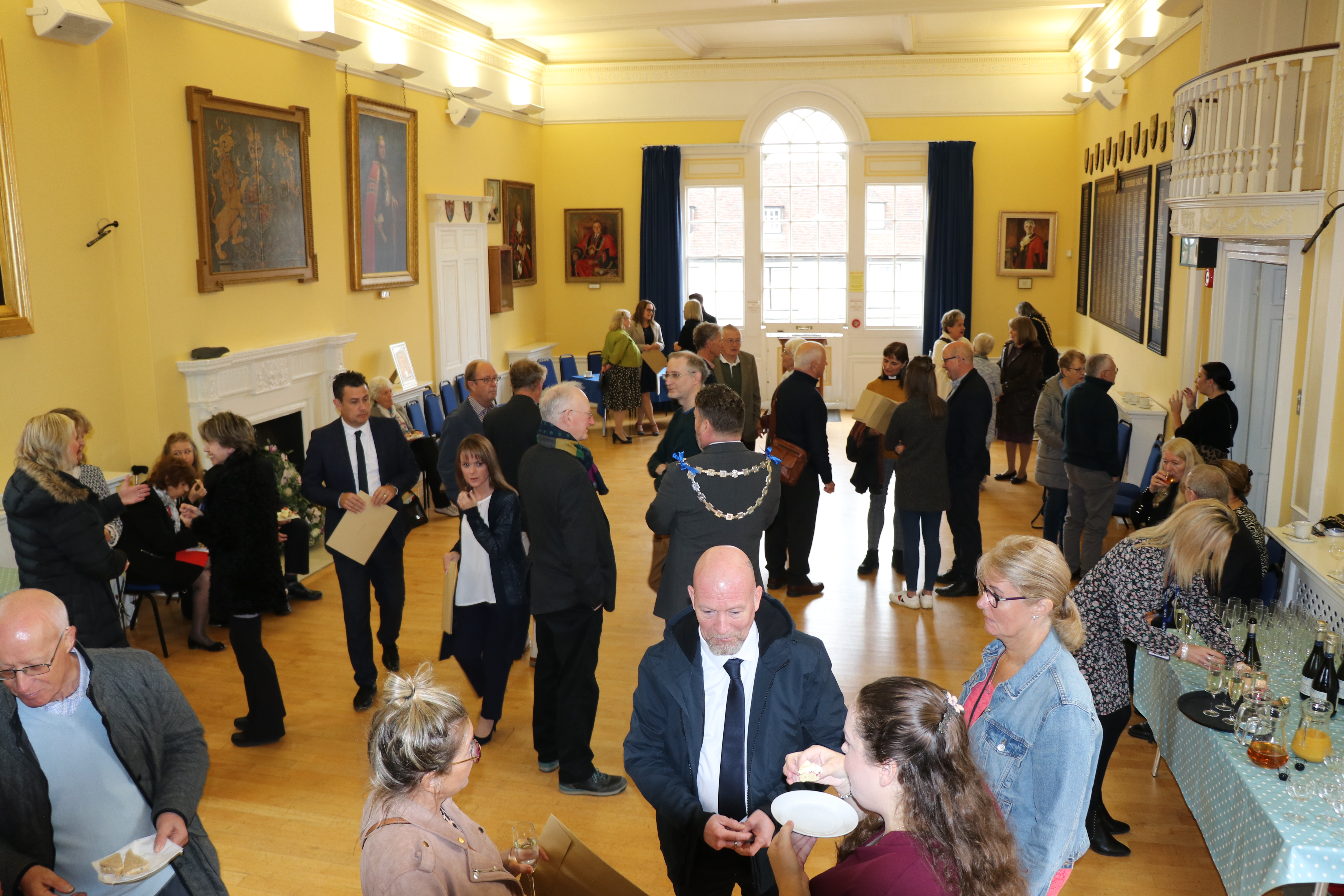 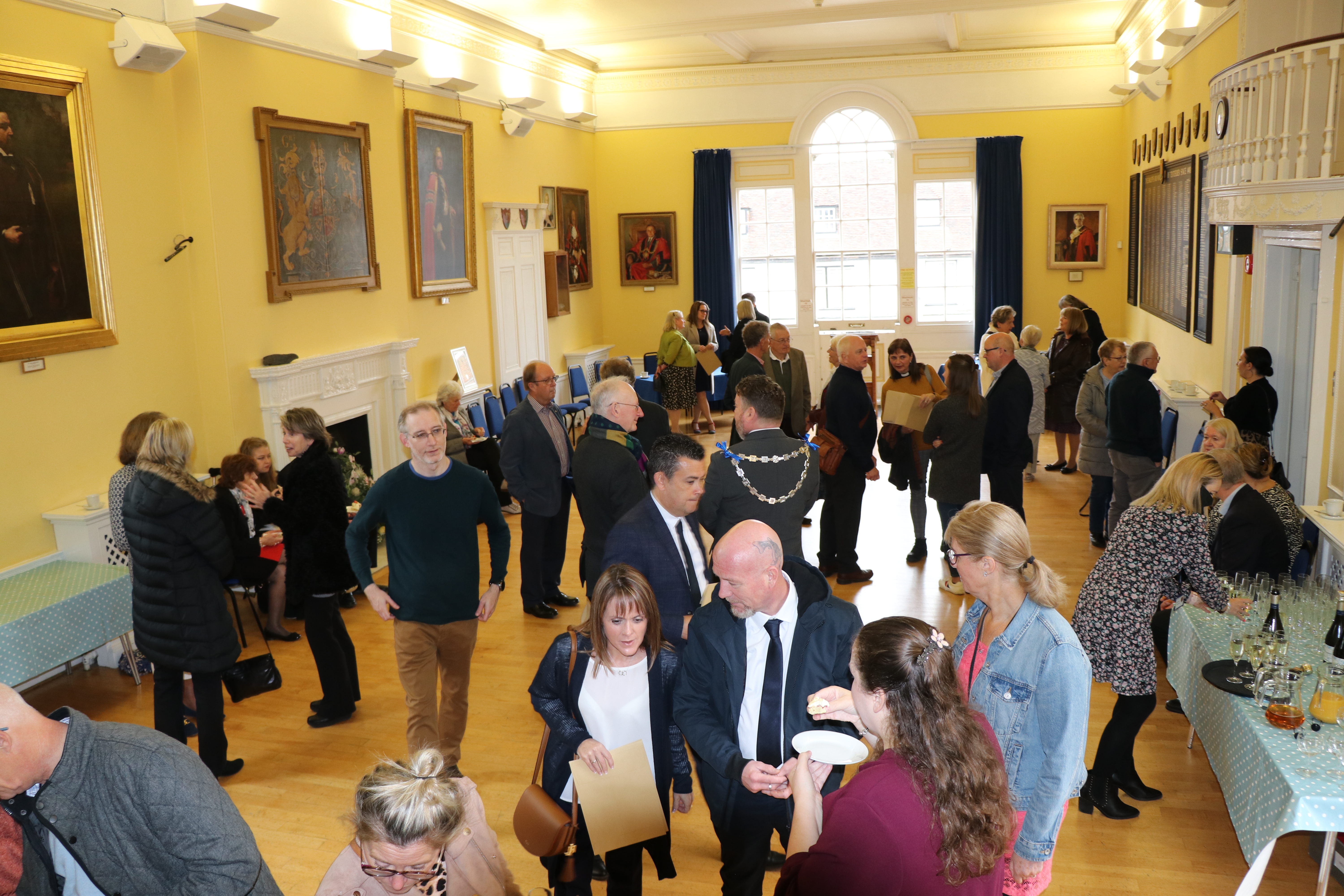 We hope you can make the Family Service at St. Mildred's Church followed by the Blessing of the Rotary Christmas Tr… https://t.co/RVqxschj5H

We now have a page on our website dedicated to Her Majesty Queen Elizabeth II. We will regularly be updating the p… https://t.co/Q48FTKjPZ8

Your web browser is not capable of supporting all the features of this website. We recommed that you update or try a newer browser Google Chrome, Mozilla FIrefox or Microsoft Edge.

Please contact your system administrator if you require assistance upgrading or changing your web browser.

We will not notify you again about this until you next restart your browser.

We use cookies on this site to enhance your user experience.